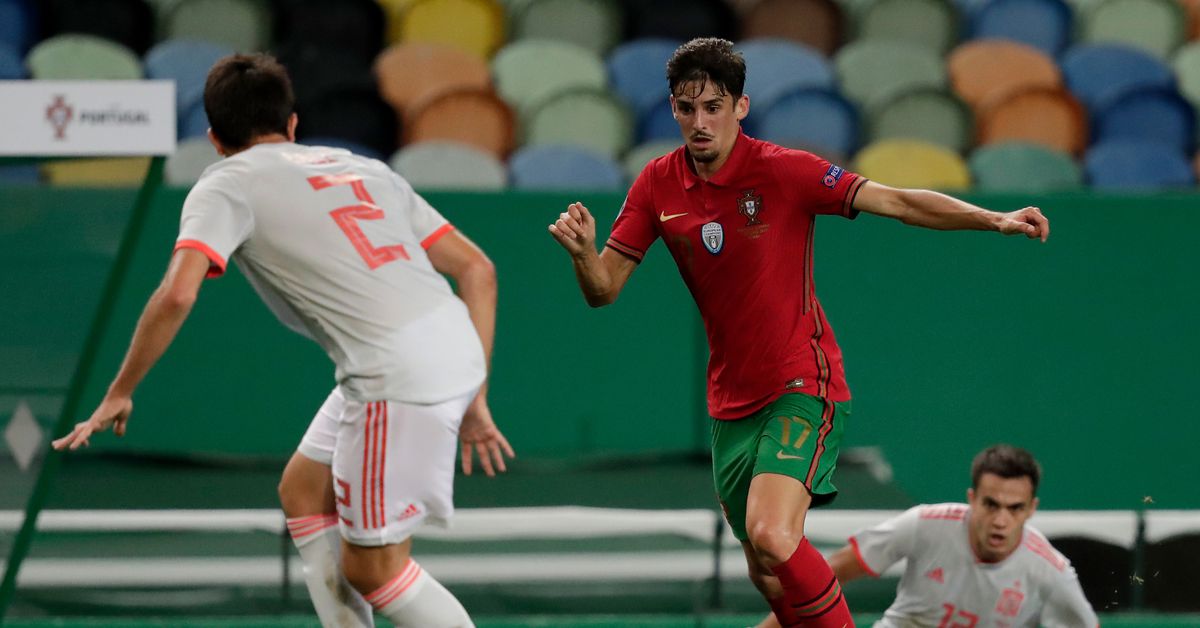 The first marquee matchup of the October international window was between Portugal and Spain at the José Alvalade Stadium, and despite a fun 90 minutes there were no goals scored. Three Barcelona players were in action in this one, but Ansu Fati was left out by Luis Enrique and did not take part in what was an entertaining friendly.

Spain had Sergi Roberto and Sergio Busquets as the Barça players starting this one, and while the two weren’t very involved in the action they were part of an absolutely dominant first half from La Roja.

The visitors were the better team for the entire first 45 minutes, dominating possession and creating a couple of huge chances thanks to intricate passing sequences and some excellent movement and running off the ball.

Rui Patrício needed to make a couple big saves, and players like Dani Olmo and Gerard wreaked complete havoc on the Portuguese defense.

Portugal simply didn’t show up for the first half, offering zero danger when they had the ball and not defending well either. Francisco Trincão represented Barça in the starting lineup and barely saw the ball, and as we reached halftime there were no goals but Luis Enrique’s team was in complete control.

Portugal came to play in the second half, with Bernardo Silva coming off the bench and playing well, the team pressing higher and defending with more intensity, and the forwards counter attacking with intent and danger.

Cristiano Ronaldo and Renato Sanches each hit the crossbar once, and Trincão had a huge chance in front of Kepa but couldn’t score. Spain still had possession and had good moments whenever Adama Traoré got the ball and ran at defenders, and the second half was a lot of fun with big chances for both sides.

The final whistle came to end a nice game, but this was clearly a friendly and both teams looked to save themselves for the Nations League matches coming up over the next seven days. It was strange not to see Ansu Fati, but that probably means that the phenom will start against Switzerland on Saturday.