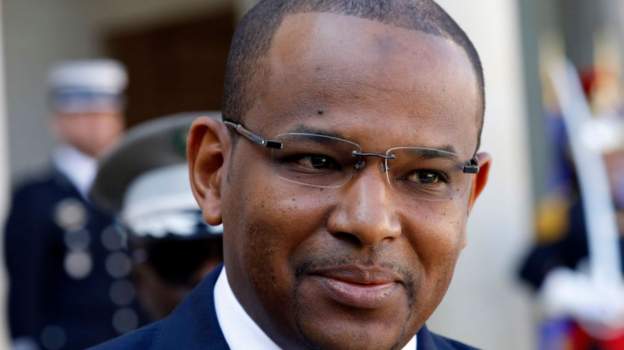 
The interim government of Mali has said that the country’s former prime minister, Boubou Cissé who was detained following August’s coup has now been released.

Authorities have also announced the release of a dozen political and military figures arrested during the coup.

A statement from the transitional government said the former detainees would remain available for any courts hearings if needed.

The coup in August carried out by soldiers plunged Mali into a political crisis, forcing regional bloc Ecowas to impose sanctions.

A transitional government has now been formed to return the country back to civilian rule.

There is a new cabinet already in place with the soldiers who carried out the coup occupying several key positions including defence, security, territorial administration and national reconciliation.

This week Ecowas lifted sanctions imposed on Mali in acknowledgment of “notable advances towards constitutional normalisation”.

The prisoners were released in the central region of Niono and in Tessalit in the north.


The release was part of negotiations to secure the release of a prominent Malian politician, Soumaila Cisse and a kidnapped French charity worker, Sophie Petroni.

Soumaila Cisse the former opposition leader and three-time presidential candidate was captured on March 25 this year while campaigning in his home region of Niafounke ahead of legislative elections.

Sophie Petronin, a French charity worker, was abducted by gunmen on December 24, 2016, in the northern city of Gao.

Ecowas says sanctions imposed on Mali will not be lifted

Rice Millers To Shut Down Plants Over Looting