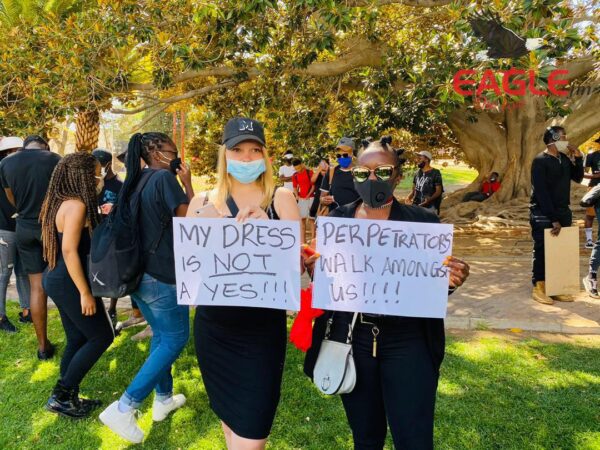 
Hundreds of Namibians on Thursday hit the streets of the country’s capital Windhoek to demonstrate against recent cases of gender-based violence.

They have demanded investigations and prosecution of persons who perpetuated the violence.

It follows the discovery of the body of a woman in a shallow grave in Walvis Bay, south-west of the country.

Hundreds of citizens have taken to the Windhoek streets this morning demanding an end to violence against women and children as well as calls for justice for Shannon Wasserfall whose suspected remains were discovered this week in Walvis Bay.
Video: Emmency Nuukala pic.twitter.com/UICeg32BAw

Shannon Wasserfall went missing after dropping off her son at a friend’s house and heading out to meet someone.

But her body was discovered six months later after police received a tip off from an anonymous text message.

Her death has been linked to gender-based violence and activists have called for investigations to bring those responsible to justice.

NO TO SGBV … Members of the public are encouraged to stand in solidarity against sexual and gender-based violence in Namibia by wearing all black today and tomorrow (Friday). ShutItAllDown #BlackFriday