Could Breadfruit Be the Next Superfood? 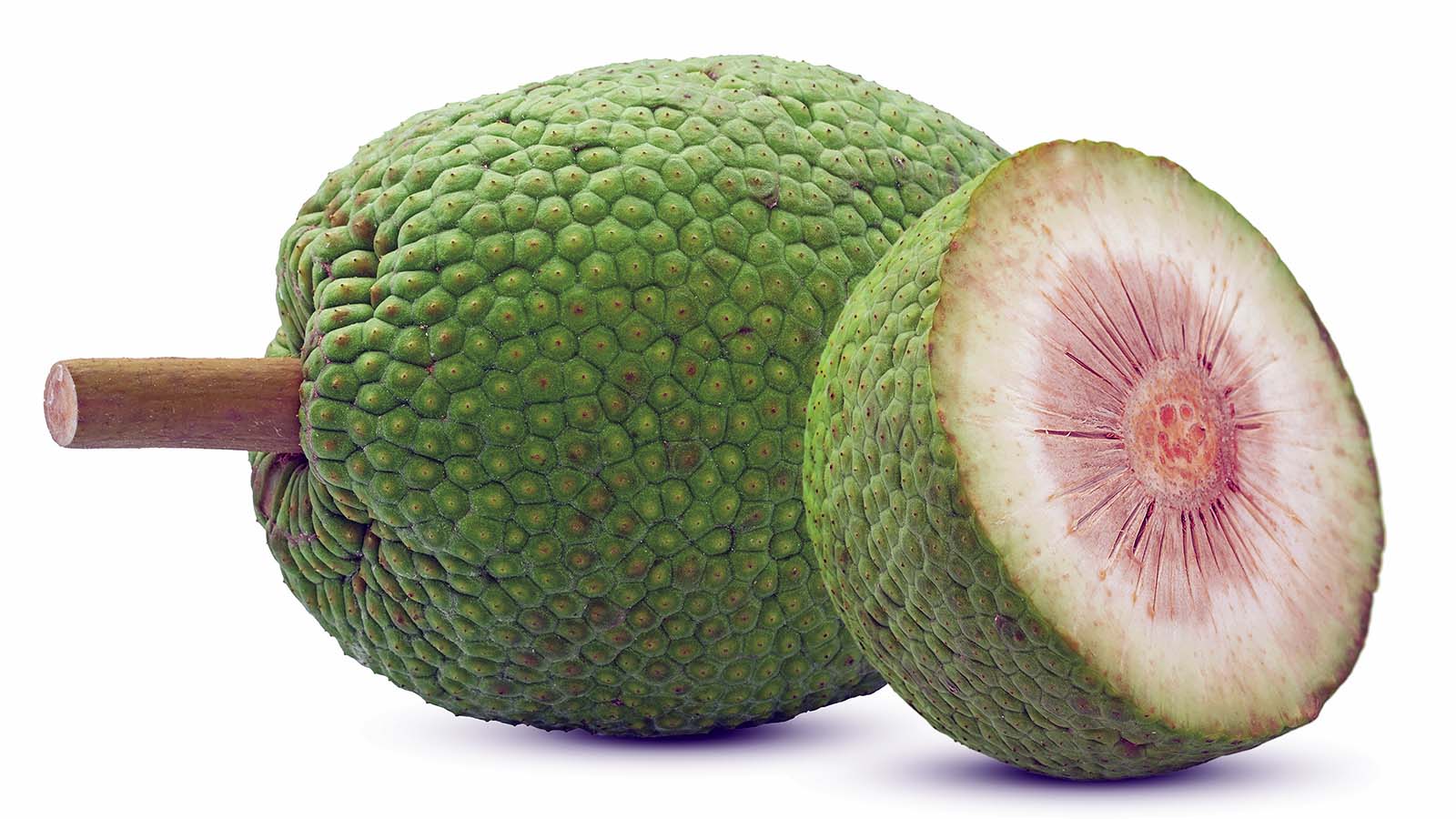 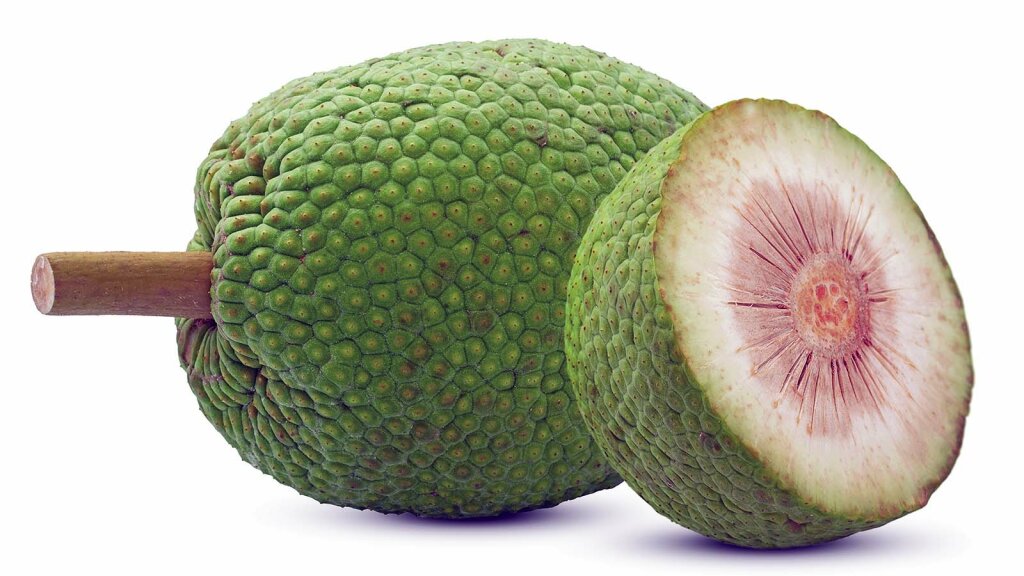 The thought of a bread-flavored fruit may sound a bit far-fetched, but in the world’s tropical regions, this starchy crop is a staple. Breadfruit, a prickly oval-shaped fruit grown from Southeast Asia to Hawaii (also known there as ‘ulu), does in fact taste like a mix between freshly baked bread, plantains and potatoes.

But breadfruit’s superpowers go well beyond flavor. This fruit — a relative of the increasingly popular jackfruit — is a promising solution to food insecurity, particularly in tropical places where breadfruit trees thrive with little care. One breadfruit alone weighs around 7 pounds (3.1 kilograms) — sometimes up to 12 pounds (5.4 kilograms) — and contains enough carbohydrates for one meal for a family of five, according to Global Mana.

The breadfruit tree (Artocarpus altilis) is considered one of the highest yielding food plants on the planet; one can produce 50 to 150 fruits per year and sustain a family of four for decades.

According to Diane Ragone, director of Hawaii-based National Tropical Botanic Garden’s (NTBG) Breadfruit Institute, breadfruit is also a highly sustainable crop. “It has long been an important subsistence crop for many tropical communities,” Ragone says via email. “Over the past decade, farmers and families have begun planting more breadfruit trees for local food and economic security. Another factor is the critical need to adopt and expand sustainable, regenerative agriculture cropping systems for the health and well-being of people and the planet.”

Breadfruit, which likely stemmed from its ancestor breadnut in New Guinea, has been a main crop among Pacific islanders for millennia, Ragone says. When early explorers saw breadfruit in the Pacific Islands, they took it with them to Jamaica as a “foodstuff for slaves,” Encyclopedia Britannica reports. But slaves across Jamaica were more interested in plantains; they didn’t take to the fruit. It took roughly 50 years for breadfruit to make its way into Caribbean cuisine.

Its roots in Hawaii go back even further. Ancient voyaging Polynesians took the tree to present-day breadfruit haven, Hawaii. The fruit became integral to ancient Hawaiian culture and spiritual life for hundreds of years before the islands had contact with westerners. Tour Maui reports that ancient Hawaiian breadfruit groves were large enough to sustain 75,000 people. Some of Hawaii’s present-day trees are the offspring of groves planted centuries ago.

Breadfruit trees now grow across Earth’s tropical belt, including in Nicaragua, Puerto Rico, Hawaii, Ghana and Myanmar. Ragone says it’s easily perishable, “softening within one to a few days after harvest,” which means it’s tough to find outside the tropics. But online retailers like Miami Fruit do ship it across the mainland U.S.

Breadfruit is safe for eating and cooking across all development stages, according to the NTBG. Most people use it when it’s mature but still firm, and either boil, steam or bake it. As a notoriously starchy crop, breadfruit can replace potatoes or pasta, and it’s a great alternative for potato chips or french fries. When it’s green and hard, it tastes similar to artichoke. But it’s also tasty when simply eaten raw. When it’s very ripe, breadfruit has a creamy, sweet flavor, perfect for desserts or pureed for baby food, the NTBG says.

Ragone says these serving methods hardly scratch the surface of breadfruit’s potential. “Entrepreneurs are processing fresh fruit, such as steaming and freezing wedges or drying and grinding it into flour and making value-added products like fries, tostones, liquors and more to supply local and export markets,” she says. “If you don’t live in a breadfruit-growing area, can you readily order breadfruit on a restaurant menu? Not yet! But if you have the good fortune to do so, then do so. It will support breadfruit farmers and entrepreneurs.”

Breadfruit Is Packed With Perks

Health benefits abound with breadfruit. The crop is an energy-rich food brimming with complex carbohydrates, fiber and minerals like potassium, calcium, iron, magnesium, phosphorous, zinc and manganese, the NTBG reports. It’s also gluten-free and can be dried and ground into gluten-free flour.

Beyond strictly health benefits, breadfruit boasts some other important advantages. It’s a natural insect repellant; the male breadfruit flower is known to repel mosquitoes, according to Global Breadfruit. The sap from breadfruit can also be used to caulk watercrafts and homes, while fibers from the breadfruit tree bark are used to create mosquito nets, clothing and artwork. The leaves and fallen fruit make nutritious feed for animals.

There’s a science to food pairing, and you can learn it here

The moon will soon have cell service

Your grip strength could hint at future health problems