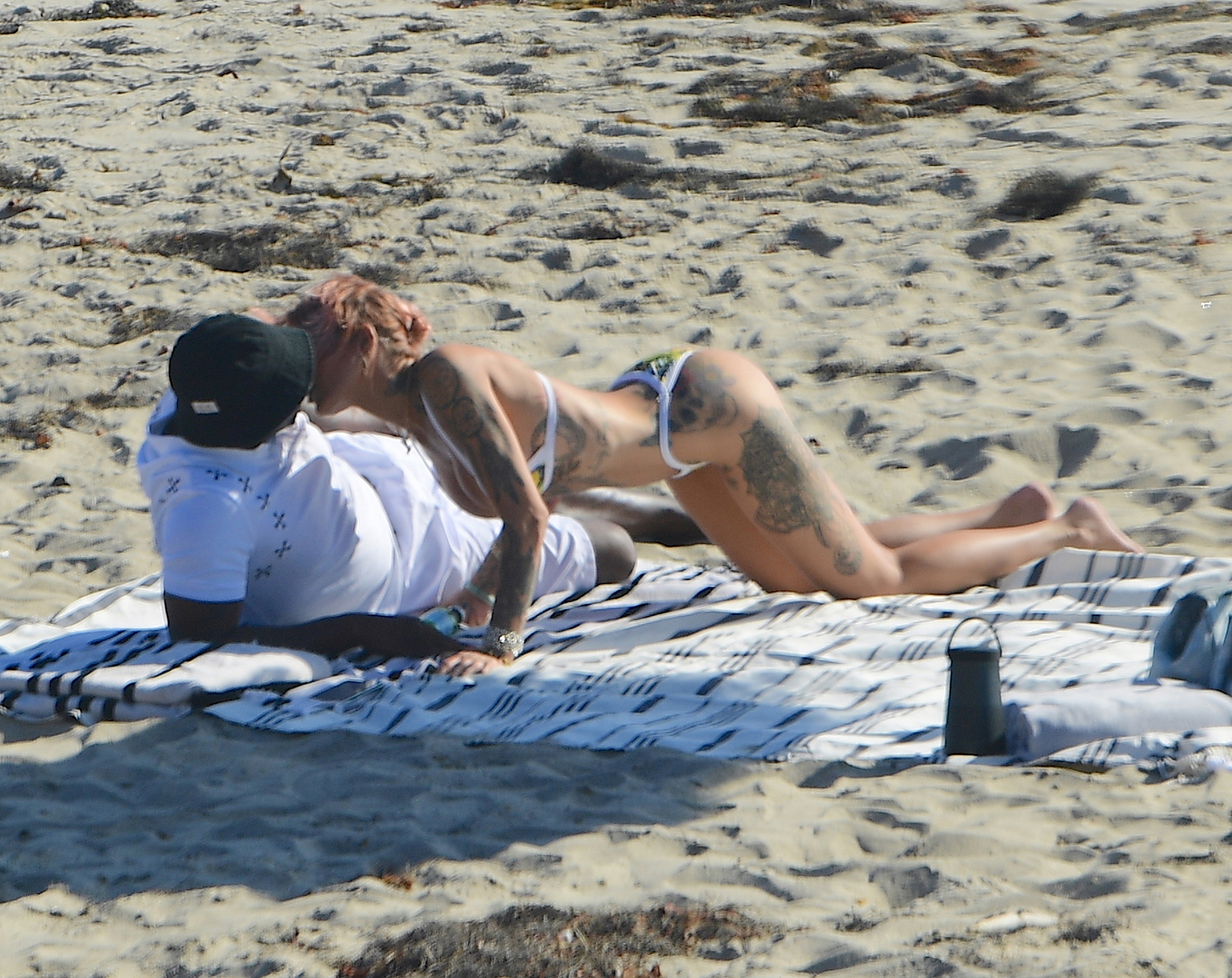 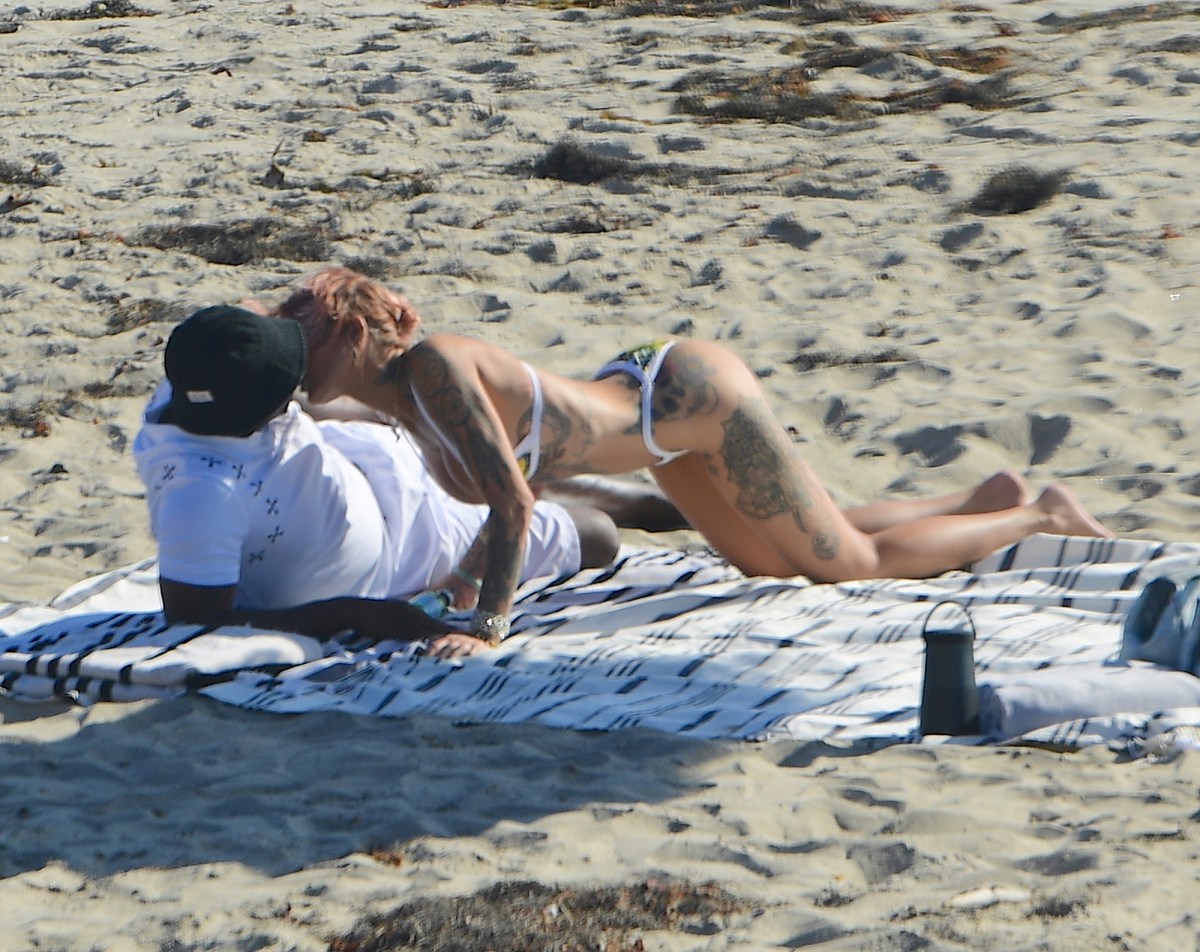 Diddy was spotted on the beach in Malibu kissing model Tina Louise on Tuesday afternoon. The “Let’s Get It” rapper, 50, looked dapper in an all-white outfit and black bucket hat while the 39-year-old Australian model showed off her figure and tattoos in a teeny banana-print bikini.

The duo began their make-out session on top of a beach blanket but then attempted to use it to conceal themselves from the cameras. Eventually, they peeled themselves away from their sandy spread and took a long stroll along the beach where they were photographed having a hearty laugh.

Louise was last linked to Brian Austin Green after they were spotted on a lunch date in July followed by a beach day in early September.

Diddy, who a year ago filed to legally change his name to Sean Love Combs, was rumored to be dating Lori Harvey last year after breaking up with longtime love Cassie.