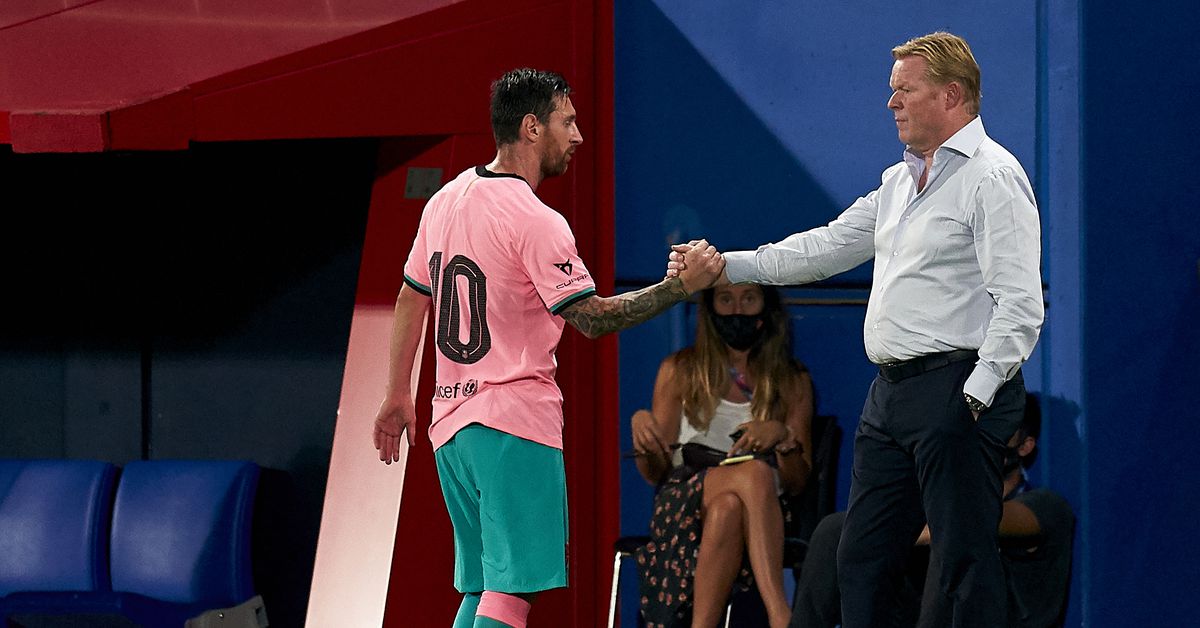 It all started with a meeting at Leo’s flat. The two men sat around a hand-crafted oak table, sipping on wine more expensive then my house and nibbling on cheese so tart it made their toes curl. It was a battle of the wills between Lionel Messi and Ronald Koeman. At that table is where the two men sorted out their differences, and decided to take on Europe.

However, according to a recent report from Sport, Koeman did start his Barca reign with a little trip to Messi’s house to chat about what the future would look like at Barcelona. The report says that despite Messi still wanting to leave the club, he believed things were going to go well with Koeman and Barca.

Now that he ended up staying, the relationship has apparently continued to improve. Koeman was honest with Messi, Busquets, Coutinho, Griezmann, and others about the style he would implement at the club. One of hard work and rigorous training.

Despite this being a bit of an older team at the top, that hard work mindset seems to have taken a positive light with some of the star players. That honesty helped pave the way for a non-confrontational beginning to the Koeman regime. Now, we just have to see if it sticks.