The End Is Near For AMC Entertainment 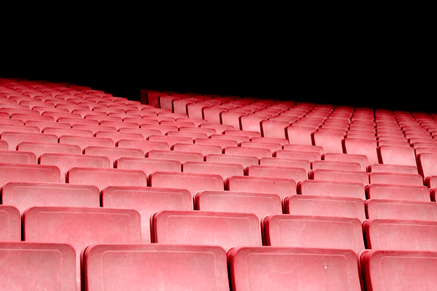 The movie theater giant AMC Entertainment (AMC) has been struggling to survive the COVID-19 pandemic. It has seen same-theatre attendance decline 85% this year and is in a billion-dollar working capital deficit. It has resumed operations at most of its theaters, but capacity is limited and few are interested in seeing the few movies available to watch, let alone wear a mask during a film.

According to the company, at the current cash burn rate, most of its existing cash resources will be gone by the end of this year or early next year. According to CEO Adam Aron, the company is not considering bankruptcy but is instead considering joint-equity and debt financing. Of course, AMC’s ability to use equity financing is predicated on investors not believing the company will go bankrupt. The stock plummeted 30% this week, so selling equity may not raise as much capital as is needed and may drive its price down further. The writing is on the wall.

AMC’s Downfall Has Been Long in the Making

Importantly, the possibility of AMC going bankrupt was evident long before COVID-19 struck. In January, I wrote about Cinemark (CNK) in “Cinemark, Great Company Terrible Industry” highlighting the pairs-trade opportunity between the two companies saying, “many hedge funds seem to be aware of AMC’s possible bankruptcy”. This was two months before COVID-19 was a known factor in the markets. However, it was clear at the time that the company borrowed far too aggressively and made too many acquisitions during a period of a secular decline in the theater industry.

A key point I made in that article was that movie-going volumes have been on the decline for two decades. AMC has depended on increasing ticket prices and costs for concessions in order to maintain profits. This has made movie-going into a high-cost activity and increases economic sensitivity. Even worse, AMC has driven its leverage to extreme levels as it rapidly expanded operations across the United States (and abroad) despite a decline in ticket demand.

See the increase in total liabilities to assets below:

As you can also see, the company currently has more liabilities than assets today which means its book-value is negative. This is subjective since depreciation and similar intangibles can make it so book-value is below net-asset-value, however, it is not a good sign and indicates excessive debt growth.

As of its last quarterly statement, AMC has roughly $5.5B in financial debt and just under $5B in capital leases while only seeing $400-$600M in EBITDA for most years. AMC has also been unable to turn a stable profit since about 2015. The company has also seen its credit rating decline to Caa3 with a negative outlook which is just about as low as the rating scale goes (it was still deep into junk territory before COVID-19). This is very important because it means AMC will have to borrow at double-digit interest rates if it tries to pursue debt financing as opposed to chapter 11. In all likelihood, this would only slightly delay the inevitable.

The key point investors should take home is that AMC’s troubles are not temporary. In January it seemed inevitable that AMC would eventually go bankrupt, COVID-19 has only made the timeline much shorter. The company’s aim is likely to raise capital under the view that its profits will quickly turnaround next year when they are generally unlikely to considering its chronic inability to breakeven due to significant interest expenses.

AMC’s management will undoubtedly look toward bankruptcy alternatives first. On October 13th the company released an 8-K with a few updates. It mentioned that 83% of its theaters are now re-opened. However, same-theater attendance remains down 85% from last year’s level. There has also been a 74% decline in same-theater attendance in its international theaters.

In fact, reopening theaters may actually exacerbate the issue considering it will increase part-time employee and overhead costs during a period when few guests are coming. The overwhelming majority of December movies have been delayed including potential blockbusters like Dune and Black Widow. Holiday movie-going is usually a key revenue source for AMC, but it is unfortunately likely to be a drain this year.

In order to raise cash, AMC has offered a few potential sources including additional equity/debt financing, further lease renegotiations, asset sales, minority investments. A month ago AMC already pursued debt and equity financing and is again on the verge of running out of cash. Asset sales are a possibility, but wise buyers know that the best discounts on theaters will likely come after bankruptcy is declared.

This is not to say AMC theaters will disappear. Chapter 11 bankruptcy is different than Chapter 7 bankruptcy and many investors seem to get the two confused. In Chapter 7, AMC would sell all of its assets and close shop. This is highly unlikely as AMC likely owns many profitable assets. If it were not for its immense debt load it’s built over the past few years, it would likely be generally fine today (see Cinemark). In Chapter 11, AMC’s shares would likely become worthless and its highest-risk debt holders would become the new equity owners. Most theaters would likely remain in operations.

There are numerous avenues that AMC could take in order to avoid bankruptcy, but few that it has not already done or tried to do so. There are fewer still that would be little more than ‘kicking the can down the road’. If it manages to raise cash, its stock may survive to see 2021, but I would wager it will not live past Spring no matter what. Most potential blockbusters will not come out until the second half of 2021 and it is still possible early 2021 films will be delayed.

AMC is struggling with three key issues, all of which must be fixed for it to be profitable. The first and foremost is its immense debt load that has come from years of excessive acquisitions. The second is the long-term decline in theater-going due to the rise in easier/cheaper in-home viewing. The third is COVID-19 which has led to a decline in attendance due to the virus (and its policies) as well as associated film delays. The key issue is that films are being delayed due to a decline in attendance rates which only causes attendance to decline further.

Overall, the most likely outcome seems to be that AMC’s stock price declines toward zero over the next few months. However, it may not be a short opportunity as the trade is relatively crowded and its borrowing rate is currently over 100%. This makes a dead-cat-bounce/short-squeeze extremely possible if there is a rumor or news event that would signal the company will recover. I do not believe it will recover, but if enough other people think it will, the stock could quickly double and cause extreme losses for short-sellers. This could happen at such a rapid pace that it is likely too dangerous for most investors to short. Still, if you’re long, it is probably best to jump ship while AMC’s shares still have value.

If you’re looking for (much) more research, I run the Conviction Dossier here on Seeking Alpha. The marketplace service provides an array of in-depth portfolios as well as weekly commodity and economic research reports. Additionally, we provide actionable investment and trade ideas designed to give you an edge on the crowd.

As an added benefit, we’re allowing each new member one exclusive pick where they can have us provide in-depth research on any company or ETF they’d like. You can learn about what we can do for you here.