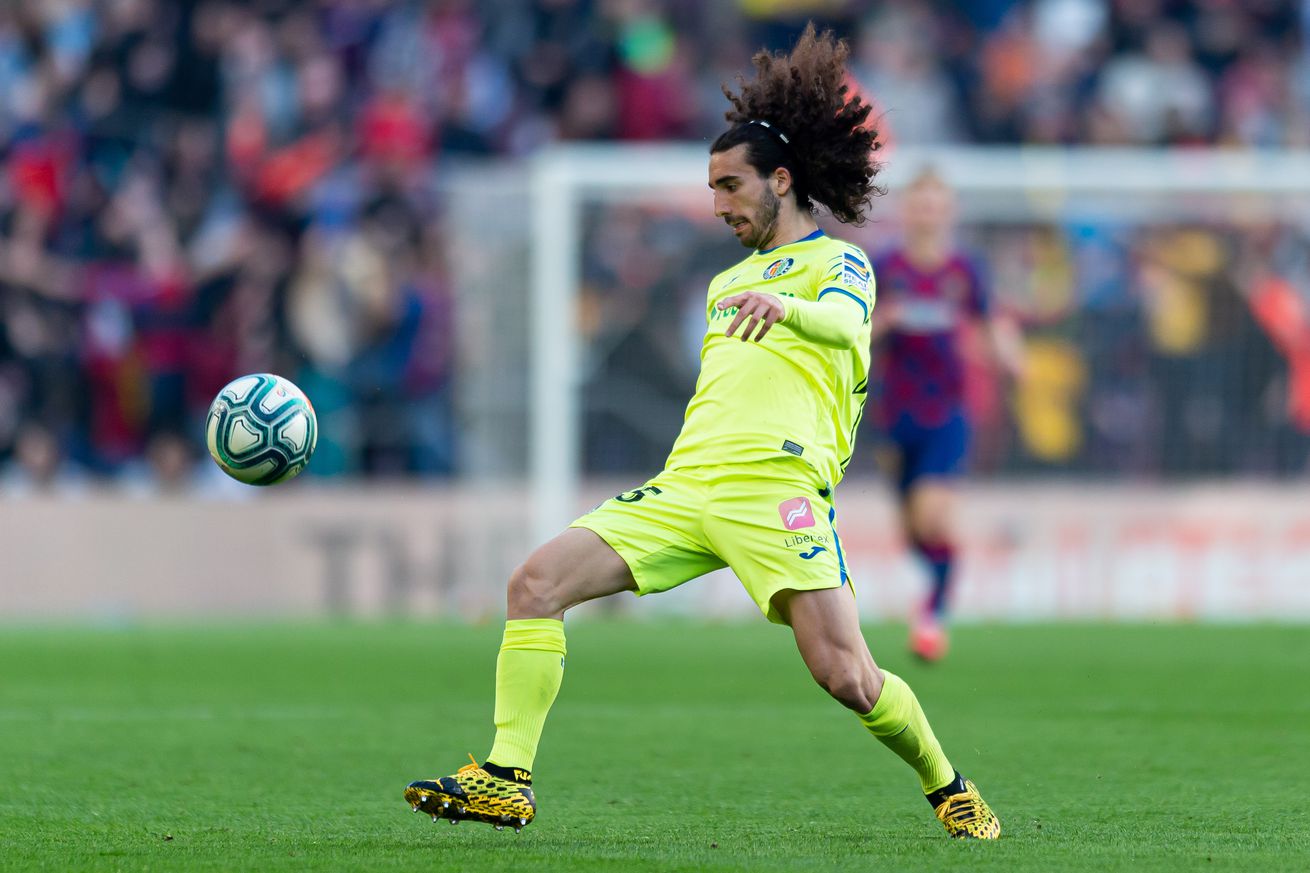 The two teams meet on Saturday

Getafe’s Marc Cucurella chatted with Sport this week via Zoom. The Getafe midfielder spoke about facing Barcelona this weekend, and the possibility of returning to the Camp Nou in the future.

Cucurella was first asked about facing this version of Barcelona and if the team seems different under new boss Ronald Koeman.

“I think they still have the same spine as recent years. They’ve made some changes in some aspects. They’re still a great team. They will fight for every trophy.”

He was then asked if he was disappointed to leave Barcelona and if he would be open to returning.

“Yes and no. I don’t think they gave me a chance. I played five minutes in a Copa game and it’s difficult to show if you’re up to it or not. On the other hand, that decision has made me the player I am now. For an academy player it’s tough but I have the chance to succeed in the world of football. It wasn’t to be in Barça and I had to look for it elsewhere, but thanks to Eibar and Getafe I have become a La Liga player and can play for Spain U21s.”

“Barça will always be Barça. It’s my home. We would all like to return home one day. I work for myself, to have a good career. If one day the chance comes up to return to Barça, the truth is I would be delighted.”

Barcelona return to La Liga action on Saturday and have a good record at Getafe’s home. The Catalan giants have not lost at the Coliseum Alfonso Perez since 2011.

Araujo forced off with thigh injury against Juventus