How will Barcelona’s starting XI change with Memphis Depay? 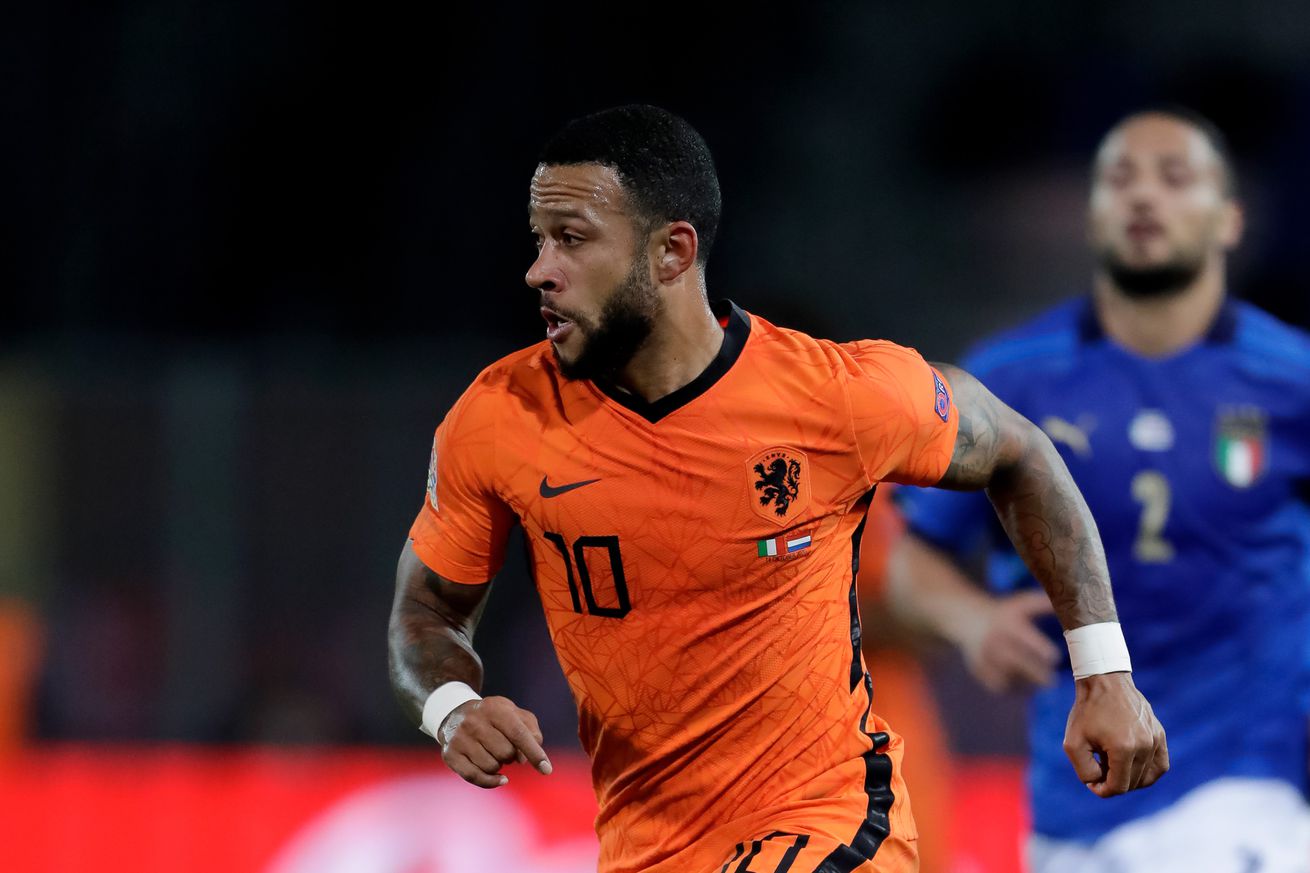 His signing would increase competition among forwards

The rumor is that Memphis Depay will join Barcelona in the winter transfer window. Such a transfer would bolster the Catalans’ attacking force, but it brings up the question: who would drop out of the starting XI, and how would the team change?

In his first few matches in charge, Ronald Koeman has opted for a 4-2-3-1 formation with Lionel Messi as the main forward and three attackers in support: Ansu Fati on the left, Philippe Coutinho central, and Antoine Griezmann on the right.

Of course, Messi will not drop out. From there, we can assume Fati won’t either, given his form. Coutinho has made a pretty strong case as well, and so the obvious target is Griezmann. But that’s based on current form. It’s less clear what it will be like when Depay actually joins.

When Barcelona was first linked with Depay, the expectation was that he would replace Luis Suárez as the starting striker. But with Messi deployed above the band of three, is that still as safe assumption?

Depay could play on the right, replacing Griezmann, who has had a hard time adapting to Koeman’s formation. But perhaps that would allow Griezmann to re-emerge in the middle of the three, replacing Coutinho. On current form, it doesn’t seem likely, but in a few months, who knows?

Depay also could be the main striker, moving Messi elsewhere. The Argentine could play in the #10 role (it’s arguably his most natural position) or even revert back to playing on the right, although this would be a big shift for the system as he would not be ask to defend nearly as much as Griezmann.

Of course, part of the appeal of Depay might be that he could conceivably occupy many roles along the front four. He’s by no means a conventional center forward. He has at times been deployed as a winger, due to his pace and agility. Height-wise, he is about the same size as Griezmann, Coutinho, and Fati.

What we will see, if indeed the transfer goes through, is that Koeman will have a few options how to set up. Considering that Koeman knows him from their time in the Dutch national team, it seems like the manager must have a concrete idea of how to use him.