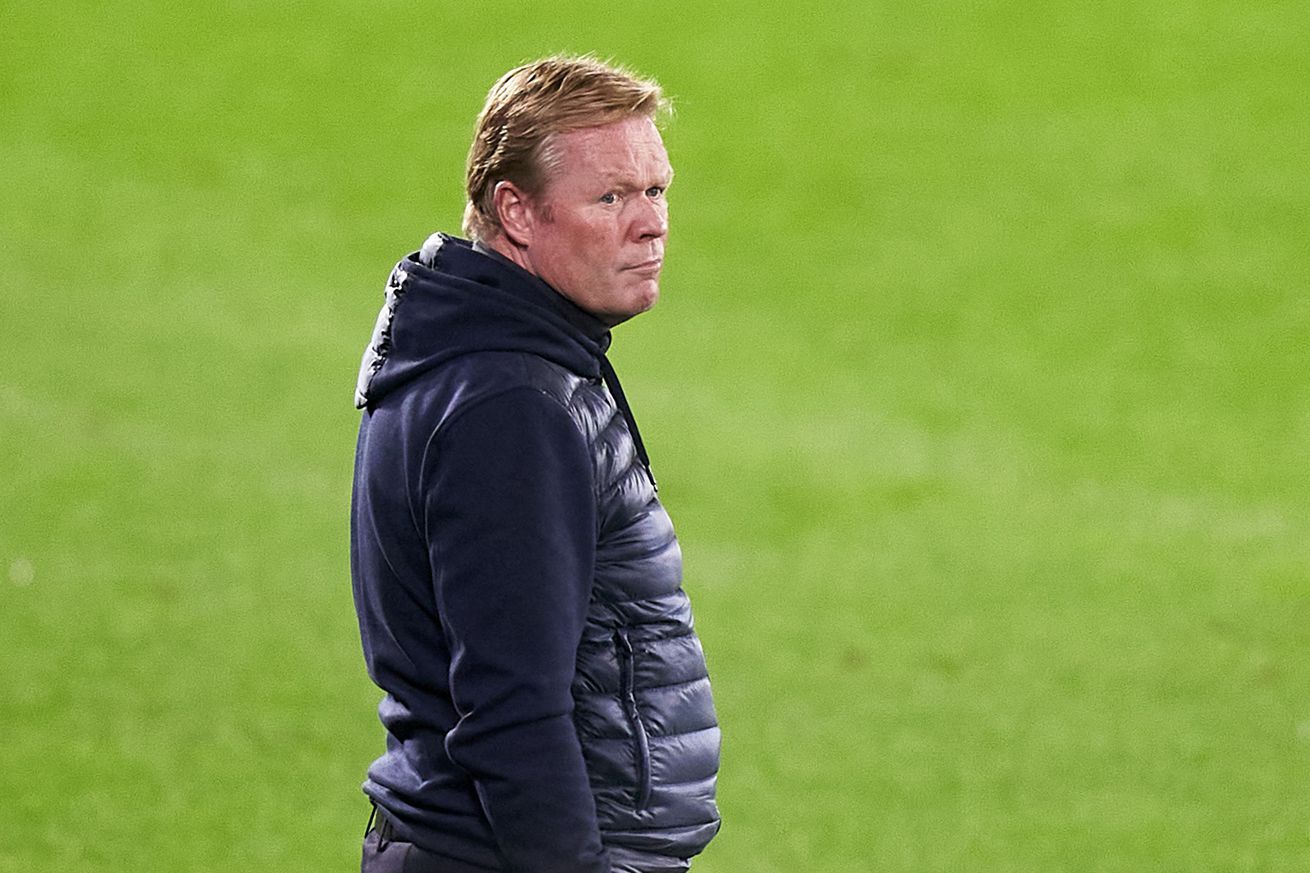 The latest from the Barcelona boss

Ronald Koeman had plenty to say on Friday as he previewed Barcelona’s clash against Getafe in La Liga in his press conference.

The Dutchman spoke at length about Antoine Griezmann, discussed resting Lionel Messi and the possibility of handing Sergino Dest a full debut.

Here are the best bits:

They have been doing a lot of positive things. They’ve now reached Europe as well which is a fantastic achievement. I saw the game against Ajax [in the Europa League]. There were a lot of complaints about their style in Holland. I wasn’t one of those people who complained. Each coach must find the best way to execute their game plan and to win. I expect a very tough match. We must be very well prepared, try to find space, but I expect a complicated match.

Everyone has the right to say what they want. We know that these types of things can happen. I spoke to Antoine yesterday, not because of what he said, we talked about his position, how he’s been performing so far. I told him I want the best for the team and I know he can play on the right side and other positions. It’s up to each player to find his own best performance.

I don’t have any problems with Antoine, I only look for the best for the team and the club. My job is to bring out the best performance of each player but I can only pick 11. I think if he performs then everything is fine.

We want to field our best available players. We know that after the international break there is always some fatigue to take into account especially with the big teams because they have to sacrifice players who play internationally. Messi has come back with a lot of excitement, very motivated, we saw it in training. We’ll see in the final training session if he’s fit or not to play tomorrow.

Koeman on if Messi can play next four matches

Yes i think so. It will always depend on the players and the others who have been away. I have to see how they feel, if they are tired and then we’ll see who to play tomorrow. They’ve played many years on a tight schedule. I think Leo is one of the players who if he doesn’t play is more tired. He’s a typical winner who wants to play every match.

He’s been working out on the pitch. Everything is going good. I don’t think he’ll make the Clasico, it’s a little bit too soon. We don’t have to put a date on his return. We’ll see. He’s a fantastic goalkeeper but we’re calm. We’re happy with how he’s working. Hopefully he’ll be back soon but it won’t be for another few weeks.

Dembele has a lot of quality and will get better physically over these next few weeks, he hasn’t played much. He’s training well, like Konrad has been training well, Alena, the goalkeepers.

There were a few things that came out in the press with his training. The only players who have had four days off were Pique and Neto. All the others just had two days off. Dembele was one of those. From what I’ve seen lately from his training makes me very optimistic.

Pjanic came a little bit later due to Covid and he had to train a little harder. He played two matches with the national side and it’s unfortunate he picked up an injury to his back but the medical staff say he can train this afternoon. For sure he will have minutes with this schedule we have.

It was good to have him here for the training sessions and to talk to him about the system and the team, but it’s not too different from Ajax. We know he can play on the right side, the left side, we know Alba is not fit for tomorrow. It’s a possibility he will start tomorrow. It’s good for his adaptation that he was here and not playing for the national team. It makes it easier because everything is bigger here than it was in Amsterdam. It’s good to have him. he’s also a player who will be the future of his club.