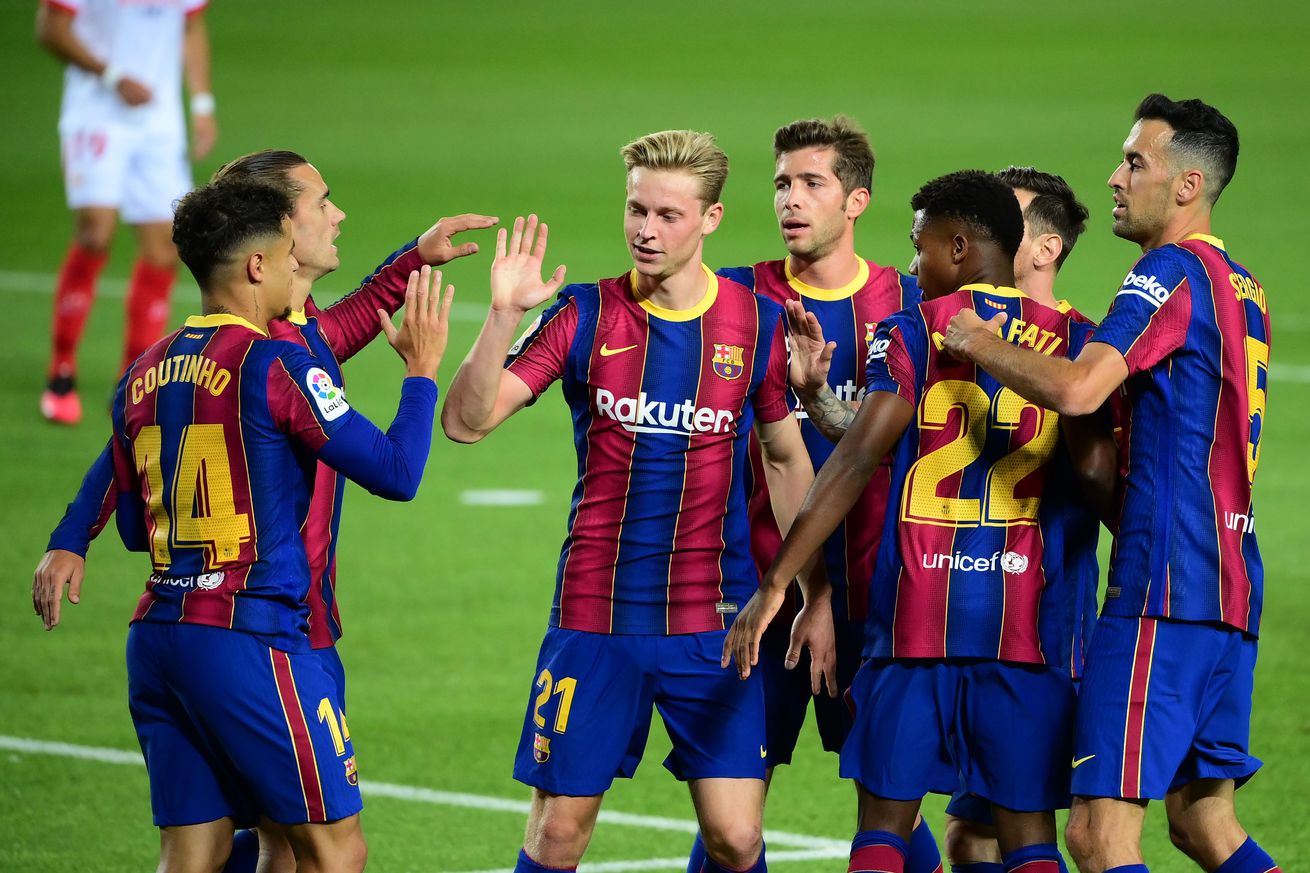 A round-up of the latest Barcelona news and transfer rumors

Squad named for game against Getafe CF – FC Barcelona
Barça take on Getafe away from home on Matchday 6 of the LaLiga season (Saturday, 9pm CEST), and coach Ronald Koeman put his squad through their paces in a Friday afternoon session to prepare for the tough encounter at the Coliseum Alfonso Pérez.

Three streaks to extend against Getafe – FC Barcelona
FC Barcelona visit one of the toughest away grounds in LaLiga this weekend, attempting to keep three runs going

Pedri: ‘El Clásico is a dream but Getafe comes first” – FC Barcelona
Pedri is a new face at Barça, but Barça is nothing new to him. He has been following the club since he was a kid, and now that his dream has come true and he is actually playing for the team, he spoke to Sport and Mundo Deportivo about his first impressions.

16 years today since Leo Messi’s debut – FC Barcelona
October 16 will always be a magical date for Barça fans. This was the day in 2004 when Leo Messi made his debut for FC Barcelona.

Barcelona boss Koeman on resting Lionel Messi: “He gets more tired when he does not play” – Football Espana
Barcelona boss Ronald Koeman has rejected the idea of resting star forward Lionel Messi for this weekend’s tricky league trip to Getafe despite a busy schedule in store.

Barcelona squad reject salary cut proposed by club and will send burofax – Football Espana
The first-team squad of Barcelona has rejected a proposal from the club to cut their salary by 30 percent, report Catalan radio station RAC1.