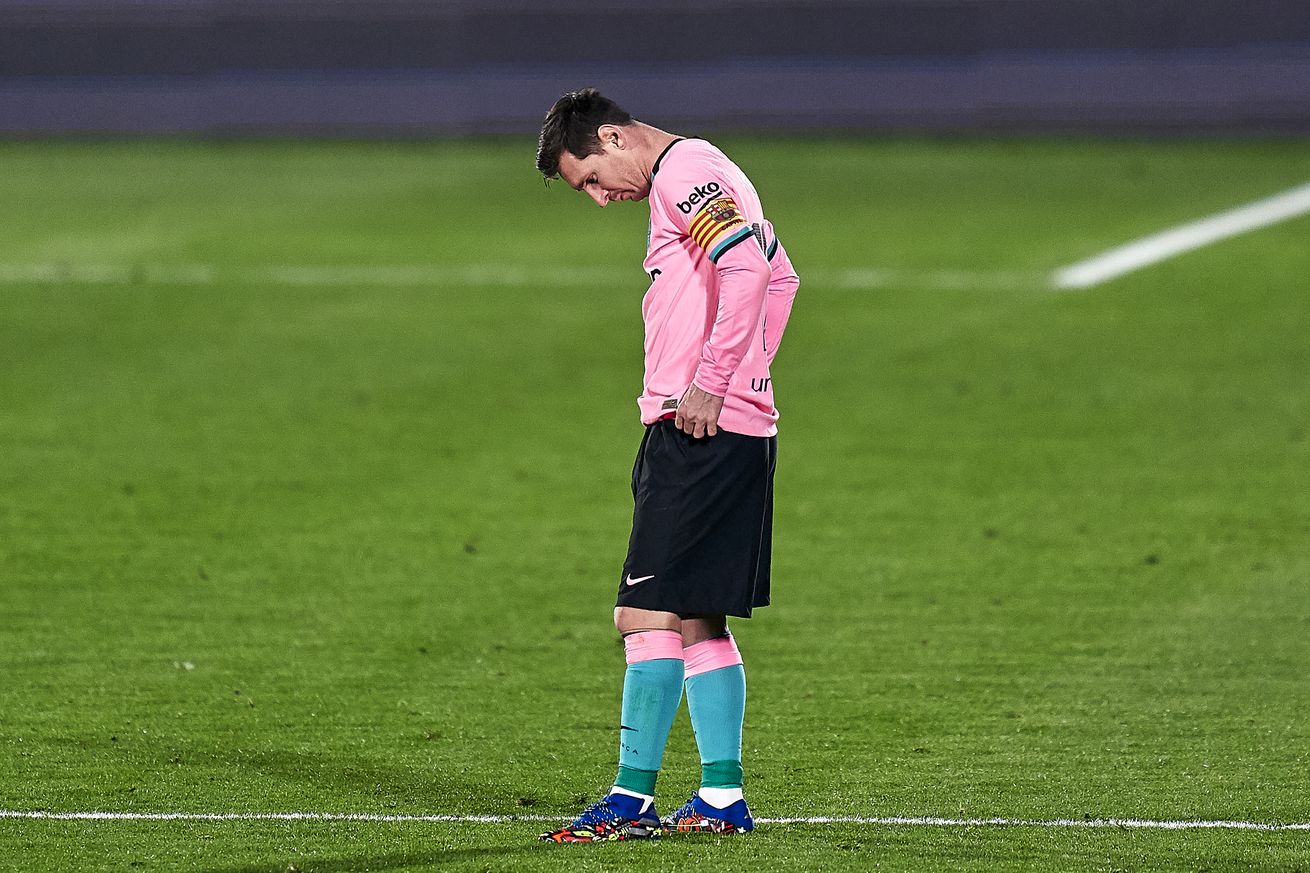 First loss of the season.

Barcelona’s unbeaten streak under Ronald Koeman stops at three as the Blaugrana lost their first game of the season away to Getafe thanks to a goal from Jaime Mata. Barça played well and missed a couple of really good chances in the first half, but couldn’t maintain the intensity in the second and saw a gritty Getafe team grind their way to a huge victory at home.

The first half was as intense as expected, with Getafe pressuring the man with the ball and not shy about fouling if necessary. Barça tried to keep possession and create good offense but kept losing the ball in the final third, though the Blaugrana did do a good job of pressing without the ball to get it back and never suffered defensively.

Although the game was choppy and with plenty of stoppages, Barça managed to create a few good chances. Early on it was Lionel Messi who hit the post after a nice pass from Sergiño Dest, then Antoine Griezmann found himself all alone in front of David Soria but sent his shot over the bar; finally Clément Lenglet couldn’t get contact on a perfect cross from Messi and missed another good chance.

The controversial moment came on a clear elbow from Allan Nyom to Messi’s jaw that deserved at least a second look from VAR to see if it could be a red card, but the referee decided that Nyom could walk away without a booking. Barça had a very good case for a sending off, but their protests were ignored.

At halftime, Barça were the better team and looked closer to a winner than Getafe but the entire second half was ahead of us and the game was very much still up for grabs.

The game remained physical to start the second half, and Getafe tried to have more of the ball to create some problems, and they were given a huge gift when Frenkie De Jong brought Djené down inside the box to give the home team a penalty, which Jaime Mata scored with ease.

Ronald Koeman called up Ansu Fati and Philippe Coutinho from the bench with 30 minutes to go to try and change the game, and Fati was very active and direct trying to add some spark but couldn’t come up with any magic in his first minutes on the pitch.

As we entered the final 10 minutes Barça were desperate and couldn’t show any creativity in the attack, and started to give Getafe a lot of space to counter. Koeman made one last roll of the dice with Francisco Trincão, Martin Braithwate, Riqui Puig and an ultra-attacking lineup, and there were a couple of big moments, including a near spectacular own goal by Cabaco, but the final whistle came to give Barça their first loss of the season.

This is a frustrating loss because of the missed chances and a poor second half, but there are still positives to take. Barça played hard and didn’t fold as they usually do on the road, and Pedri and Dembélé did as well as they could as starters. Losing is never fun, but there are different kinds of losing and this is the encouraging kind.