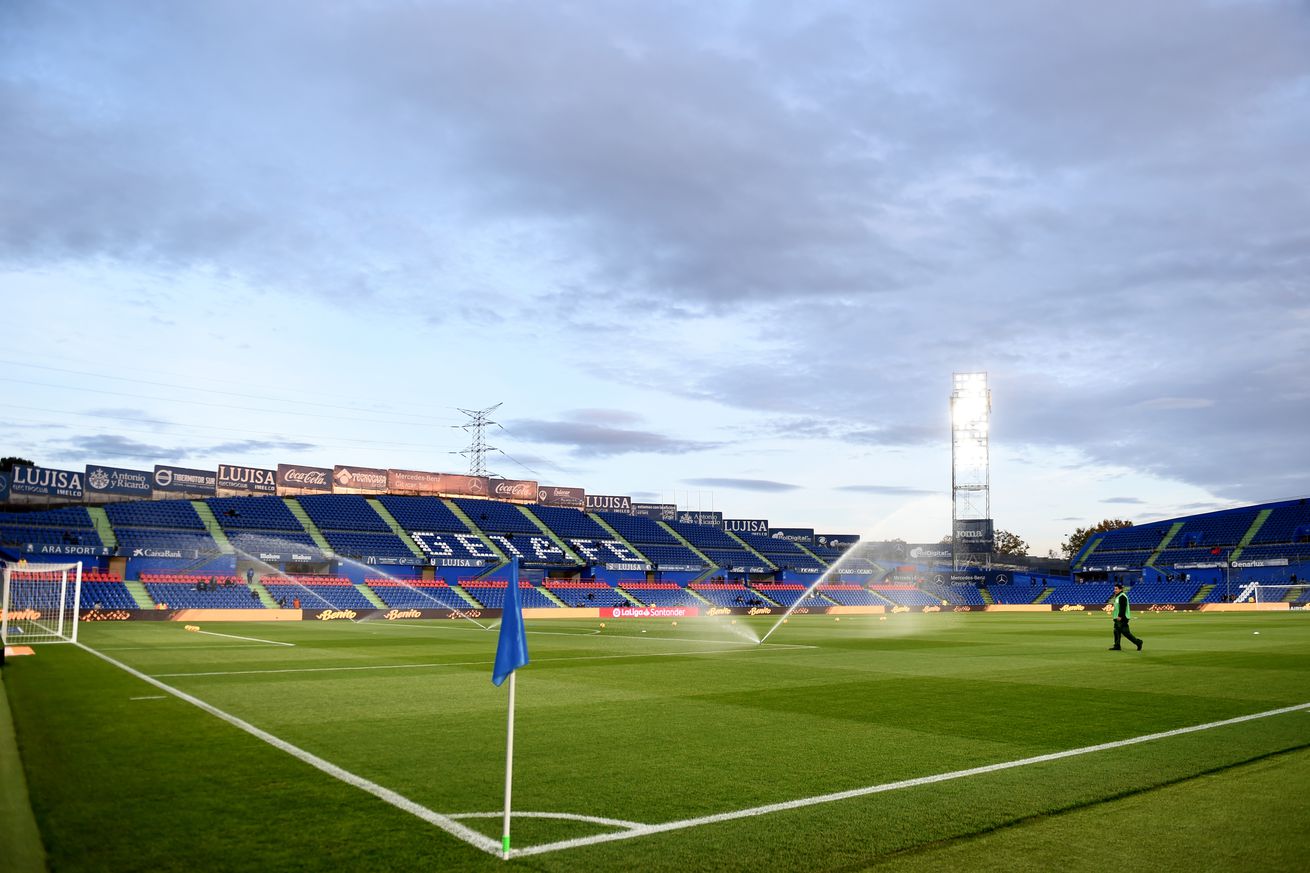 Join us for another Barcelona La Liga adventure!

FULL-TIME, Getafe 1-0 Barcelona: The second half wasn’t very good and Barça paid for the missed chances in the first half. First loss of the season to start a big week.

GOAL, Getafe 1-0 Barcelona (Mata 55’): Jaime Mata scores the penalty with ease and Getafe have the lead.

54min: PENALTY TO GETAFE. Frenkie De Jong brings Djené down in the box and the home team has a chance from the spot.

SECOND HALF KICKOFF! Getafe 0-0 Barcelona: And we’re back underway! Let’s keep up the intensity and find a winner, boys!

HALFTIME, Getafe 0-0 Barcelona: Barça were the better team overall and had three good opportunities to score, but couldn’t find the breakthrough. This is a strong performance on the road against a good team, though.

30min: Two huge chances missed by Barça: first Griezmann is all alone in front of the goalkeeper but sends his shot over the bar, and Lenglet can’t get contact on a perfect cross from Messi. Barça should be up already.

23min: Very choppy game so far with loads of stoppages and not a lot of rhythm. Barça have had the best chance so far with a shot from Messi against the post.

WELCOME TO THE COLISEUM ALFONSO PÉREZ!!! The cozy home of Getafe is the site of a big La Liga game between the hosts and Barcelona, who return from the international break to play the first of three really important matches this week, and it won’t be easy to pick up three points on the road against a very competitive team that will cause Barça problems. This should be a fun game, and you’re welcome to join us to follow and comment all the action. LET’S LIVE BLOG!!!

(Note: the comments will be open only when the team news come out, because our commenter people love commenting and sometimes there are too many comments in the comments section)

HOW TO WATCH, STREAM LA LIGA

We don’t have a lot of rules here, but there are a few things to keep in mind when joining our matchday threads:

Even if the referee sucks or we lose the game, no swearing. It’s just unnecessary. Also, don’t discuss illegal streaming links. Those who do it will be warned, and those who post links will be instantly banned. Finally, be nice to each other. This is a Barcelona community and we don’t need to offend one another.

Have fun with the game! Forever and ever, no matter the competition, VISCA EL BARÇA!