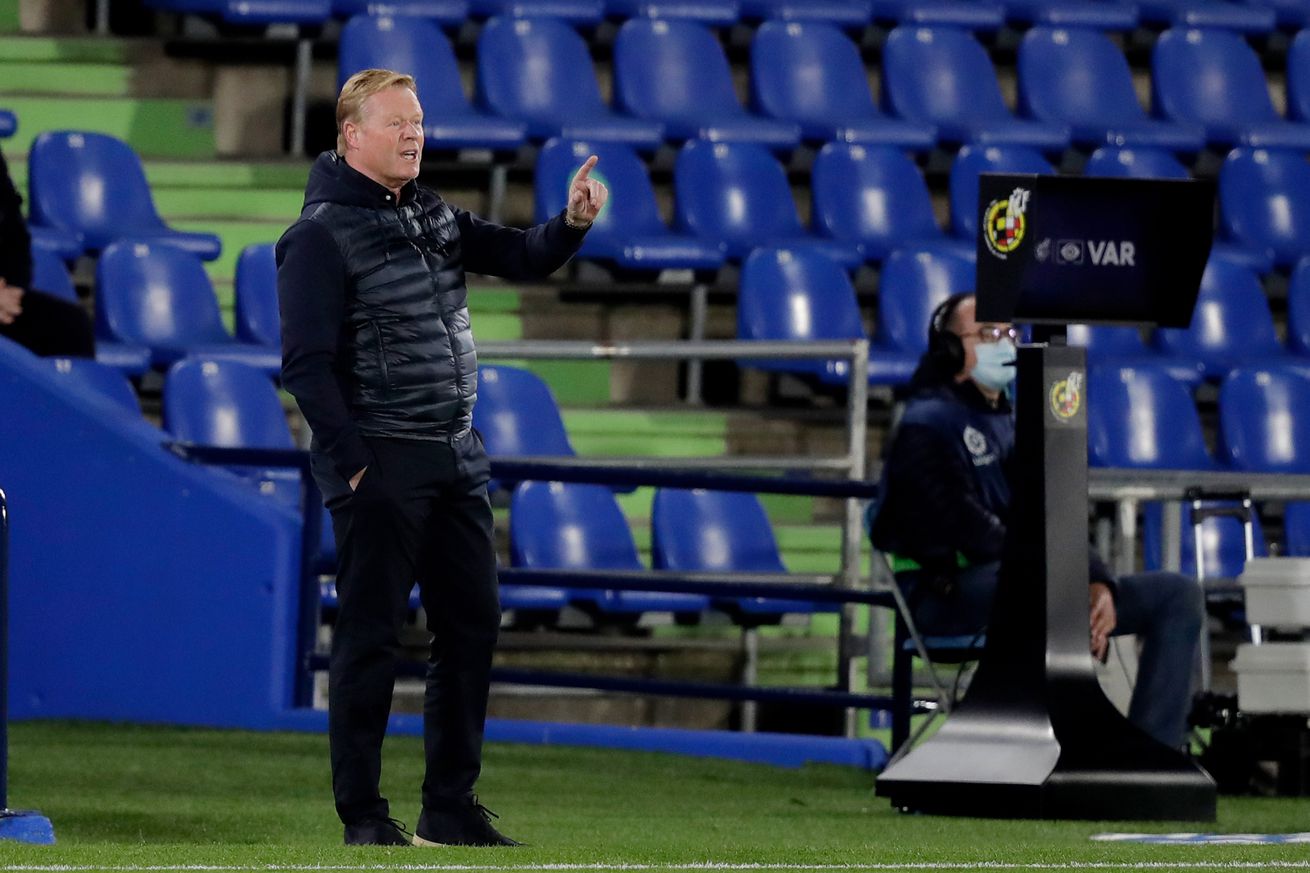 He insulted me, he showed a lot of disrespect.

Ronald Koeman was pretty unhappy with Getafe defender Allan Nyom after Barcelona’s 1-0 defeat at the Coliseum Alfonso Perez on Saturday.

The 32-year-old is renowned for his physical approach and got away with an elbow on Lionel Messi in the first half of the game.

There were a few more fouls along the way too, while Koeman reckons Nyom insulted him during the game too.

Koeman was spotted deep in conversation with Jose Bordalas after the final whistle and spoke afterwards about what he’d be saying to his opposite number.

Koeman still going:
Nyon insulted me, he showed a lot of disrespect. I will not accept that. We can’t let that happen in the modern game. I will not repeat it, no, but it was very ugly (what he said)