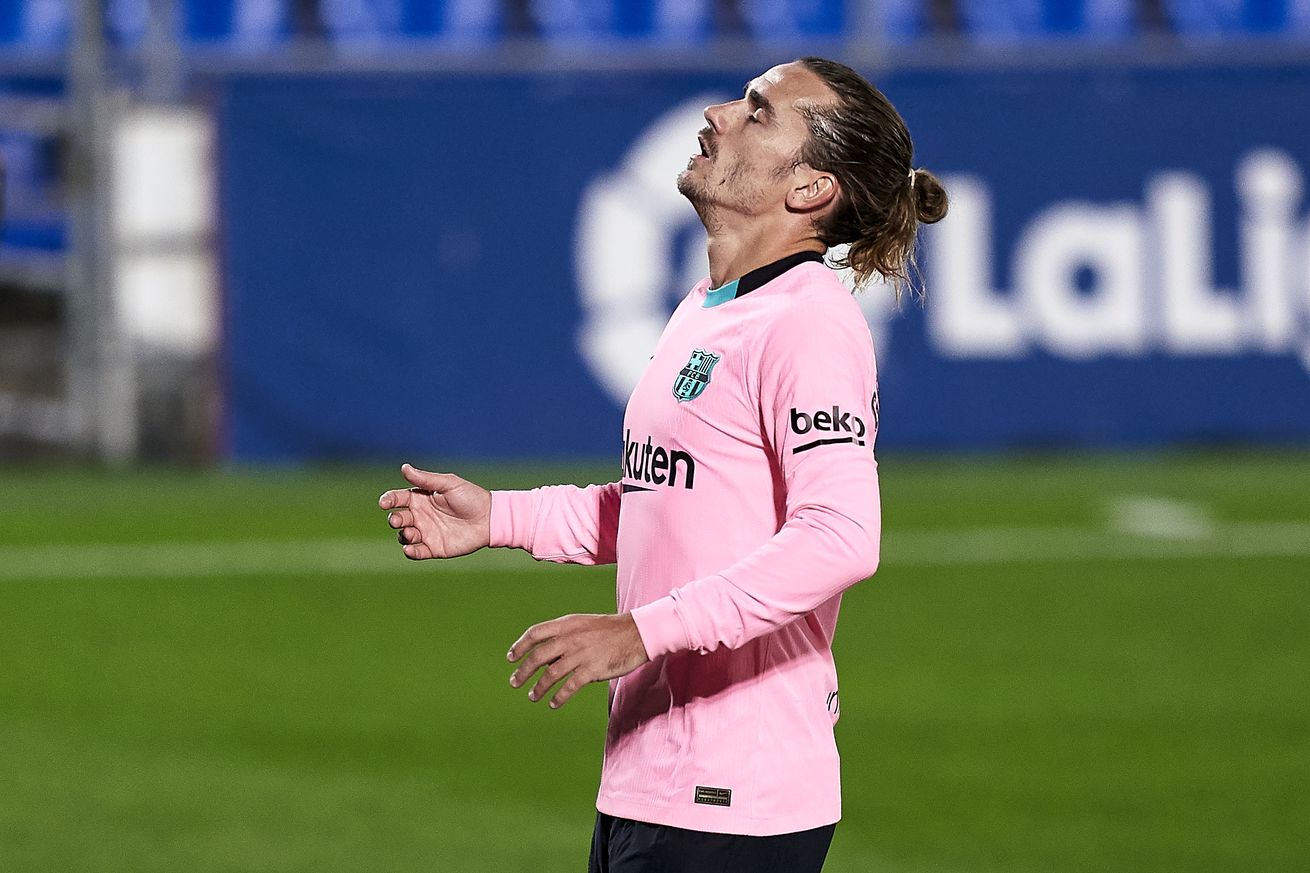 A round-up of the latest Barcelona news and transfer rumors

Barcelona suffered their first league defeat of 2020-21 against Getafe on Saturday, going down 1-0 to a Jaime Mata penalty at the Coliseum Alfonso Perez.

Griezmann didn’t respond despite being handed Barça’s No.9 role | Sport

Antoine Griezmann was handed the No. 9 role against Getafe but failed to perform and will need to prove himself to stay in the team in the coming weeks.

Barcelona currently expect Lionel Messi to leave next summer when his contract expires and move to Premier League side Manchester City.

Koeman after Getafe loss: “I don’t like to talk about referees” | AS

Ronald Koeman didn’t want to talk about referees after Barcelona lost to Getafe but did take time out to have a pop at Nyom for comments he said he’s made during the match.

Saturday’s defeat to Getafe saw Riqui Puig and Martin Braithwaite both make their first appearances for Barca since featuring against Alaves in July.