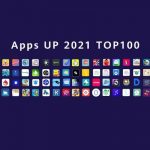 The 2021 Huawei HMS App Innovation Contest held at the Huawei Developer Conference 2021 has ended. A total of $1 million in prizes was shared among the exceptional startups. The contest attracted over 4,000 teams drawn from 200 countries and regions.

Over 2100 startups participated in the 2021 edition of Apps UP where individuals and teams from 170 countries enter the contest. Submissions are in turn evaluated by a jury of top industry experts based on their innovation, social value, business value, and user experiences.

The winners according to category are:

The Women’s Tech Award received over 600 submissions. Cumulatively, the overall prize pool for the competition was $1 million with each of the regions of China, the Middle East, Africa, Europe, Asia-Pacific, and Latin America receiving $200,000.

The post 4 African startups win at the close of 2021 Huawei HMS App Innovation Contest appeared first on Tech In Africa.