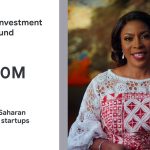 Google to invest $50 million in Africa’s early and growth-stage startups through the Africa Investment Fund while ramping the efforts of supporting more of the continent’s businesses. Google disclosed these plans today in a virtual event where CEO Sundar Pichai announced the company’s intentions to commit $1 billion over the next five years.

Google has a Google for Startups Accelerator Africa program and a Black Founders Fund. The program has supported over 80 startups in the seed and Series A stages. Startups get equity-free mentorship and resources.

The Black Founders Fund offers non-dilutive cash awards to all black-led startups spread across three regions. In the United States, the Black Founders Fund runs a $5 million fund, in Africa a $3 million, and a $2 million fund in Europe. Thus far, over 50 started have been selected to take part in the Africa program starting on October 13. Participants will receive up to $100,000 in equity-free capital alongside credits from Google Cloud, Google.org ads grants, etc. Among the 50 startups, 40% are women-led across 9 countries stretching 12 economic sectors.