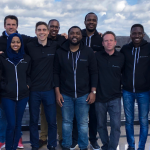 The $7 million raise marks the largest investment into an African verification identity. Thus far the startup has raised $11 million. The new funding round will be channeled towards improving services, expanding to new markets, supporting new ID types, hiring more engineers, and support staff.

The deal will see John Cowgli of Costanoa join the board. Smile Identity was formed in 2017 by Mark Straub and William Bares. Straub and partners leveraged camera technology to come up with de-biased face recognition technology which accurately depicts Africa’s situation than the open-source algorithms relied upon by U.S. colleges.

Digital identity verification has become a crucial component of onboarding customers at telcos, banks, e-tailers/retailers, insurance companies, etc. According to market research firm Grand View, the global digital payments market projections set the growth rate at 19.4% between 2021 and 2028 to hit a value of US$236.10 billion.