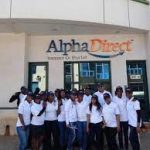 Alphadirect, a Botswana insurtech startup just completed a US$600,000 pre-series A bridge funding round to help it expand across South Africa and Zambia. The round was led by Launch Africa Ventures, Century Oak Capital, and several other angel investors from previous rounds.

AlphaDirect was founded in 2014 by Arun Iyer, and it offers “value-for-money” in business and personal insurance products which are supplied directly to consumers.

According to Disrupt, the startup has managed $4.8 million in revenues over the last financial year. The company now plans an international expansion after raising  US$2.5 million in four seed rounds spread out between 2012 and 2019. According to the founder, this pre-Serie A round is the precursor to a Serie A raise scheduled for the coming months.

AlphaDirect is the 2020 winner of the Innovation of the Year award at the 6th Africa Re award annually organized to celebrate insurance companies.

The post Botswana insurtech secures $600k in a pre-series A round in international expansion plan appeared first on Tech In Africa.

Flutterwave and the Basketball Africa League announce a multi-year partnership

Google and ITI to train 30K young Egyptians in AI