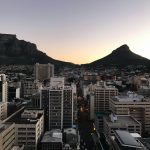 The City of Cape Town currently ranks among the best cities worldwide for remote workers. This was according to a city study by Nespick, where Mother City took position 16th place of 75 cities.

Nespick is a global house rental platform that encounters millions of users seeking a change in location that best matches their lifestyle and work needs. Remote workers are people who work outside the traditional office environment, in homes, coffee shops, and other cities. The score sets Cape Town above major cities like New York, Barcelona, and Athens.

In February, Cape Town Tourism launched the Digital Nomad initiative looking to encourage domestic and international audiences to pick it as a preferred remote working destination. Part of the aim to lobby for a remote working visa aimed at boosting the tourism industry and creating jobs. The city also ranked among the best on the Big 7 Travel’s ’50 Best Places For Remote Working in 2021’.

The post Cape Town ranks among the best cities globally in online remote work appeared first on Tech In Africa.