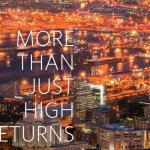 The fund had attracted top investors from leading institutions such as the CDC Group, the DFC, the EIB, IFC, and Proparco. CPDIF’s investments will be channeled towards infrastructure needs of emerging growth themes within the digital infrastructure ecosystem, especially where fiber, wireless, data towers, 5G cloud, Artificial Intelligence, Internet of Things (IoT), fintech and network virtualization.

The fund also has an impact-driven focus as its investments look to support entrepreneurship, skills development, innovation, and job creation through internet access and the digital tools it offers. The African continent is one of the most underserved regions in broadband and access to digital technology. Despite the advances made on the rollout of digital infrastructure to the continent, fixed broadband penetration still lags behind.

Brandon Doyle Convergence Partners’ CEO expressed delight in achieving the impressive raise given the headwinds in Africa’s private equity fundraising over the past year. Convergence Partners Chairman Andile Ngcaba pointed out how internet penetration across the continent has exploded in the past 20 years. He went to say, “Our greatest strength is our knowledge of technology, investments, and deep understanding of the African market and cultures.”

The post Convergence Partners to support digital inclusion in Africa with $120M fund appeared first on Tech In Africa.