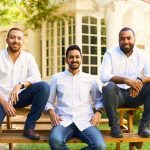 Fatura, an Egypt B2B marketplace has just closed a $3 million pre-Serie A funding round led by Sawari Ventures, Egypt Ventures, Arzan VC, The Cairo Angels, EFG-EV, and Khwarizmi Ventures. The new funding will help Fatura expand its offering past e-commerce and digital lending in exchange for money, goods, and information.

The marketplace startup uses a mobile application to connect manufacturers and wholesalers with retailers across different industries without individually owning any inventory. The B2B marketplace has experience operating in the FCMG sector and is exploring other industries.

Last year, the startup had expanded its reach to over 25,000 retailers, directly linking with over 500 manufacturers and wholesalers across 20 governates. Over 10,000 SKUs were exchanged in the process. The new round of funding will see Fatura offer new services, including multiple digitisation initiatives MENAbytes reports that the bulk of the users on its platform (60%) are outside Cairo and Giza.

Hossam Ali, CEO Fatura described the B2B space in Egypt as one that is “growing” as its players become more “digitally mature and ready.” He pointed out that existing B2B players cover less than 5% of the overall market so there is a long pathway for future growth.

Hany Al-Sonbaty from Sawari Ventures expressed excitement towards Fatura’s team pointing out their ability to “ identify new opportunities” and the “prowess and agility to implement and deliver.”

Last year we shared how Fatura a B2B e-commerce platform completed a 7-figure seed round that attracted participation from EFG EV, Cairo Angels.

The post Egypt B2B ecommerce marketplace raises $3 million in pre-Serie A round appeared first on Tech In Africa.