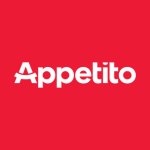 Cairo-based grocery delivery startup Appetito has closed a $2 million pre-series A funding round led by US-based VC Jedar Capital focussing on MENA region and Emerging Asia with participation from Golden Palm Investment, DFS Lab, and several prominent angel investors and other family offices – some who had previously invested in grocery startups such as Chaldal in Bangladesh and Jiffy in the UK. In April, Appetito received a $500K seed investment.

The on-demand delivery startup runs 7 dark stores across Cairo with plans to expand further to 150 stores by 2024. Shehab Mokhtar, the Founder, and CEO disclosed that Egypt’s grocery retail market is valued at $60 Billion – of which only 2% takes place online thus “creates a massive opportunity for growth betting on the younger generations.”

Sherif Nessim, the General Partner at Jedar Capital that led Appetito’s current round and previous Seed round, pointed out how Shehab built “an A-plus team and created a great company culture.”

Appetito will be competing with Egytian market rivals in the delivery space such as Rabbit, GoodsMart and Breadfast offering a comparable range of services. Egypt startups have led their counterparts across the continent in raising funding in the grocery and convenience delivery space.

The post Egypt grocery delivery startup Appetito closes a $2M Pre-Series A round appeared first on Tech In Africa.