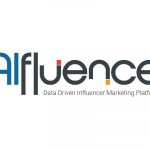 Kenya influencer marketing startup AIfluence just completed a $1 million seed round led by Dubai-based EQ2 Ventures, alongside Antler East Africa, ArabyAds, and an undisclosed European family office. The capital injection will be channeled towards its Africa expansion with further intent to venture into the Middle East and Asia. Aifluence will further invest in a tech and Saas platform.

Influencer marketing in Africa is taking shape as the continent hosts the world’s youngest population. Marketing, advertising, and sales have taken a personable approach with customers trusting messages from people they can relate to.

AIfluence was founded in 2019 by George Issaias, Nelson Aseka, Ankit Jindal, and Lamusia Anzaya. The AI-powered platform was launched through the Antler venture builder platform in 2019 then went live in 2020.

Antler is a company builder that develops startups from scratch while based on their ideas and resources. Nairobi is the only African office for the venture builder. AIfluence, alongside other companies like Digiduka, Anyi Health, UNCOVER, ChapChap Go and Cooked are six startups that have received funding from Antler.

AIfluence has been granted $100,000 to combat misinformation, myths & propaganda in #Africa! pic.twitter.com/3dlQwYmORc