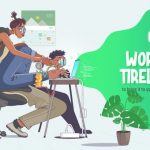 Viable Solutions, the Ethiopian firm behind  EPhone a super dialer software raised $200K pre-seed funding that has valued the company at $1.9 million. The round was led by Middle Eastern angel investor  Ahmed Al Alola, and the CEO and Co-founder of Gebeya Amadou Daffe, a pan-African talent marketplace.

EPhone launched in 2019 as a super dialer app. The startup offers a combination of advanced dialing accompanied with smart SMS capabilities, and automated Teleco’s USSD services that allow users to check and their prepaid balance, buy and send packages in addition to allowing them to issue call back requests with a single click.

Users of Ethio Telecom’s USSD services do not have to go through the USSD process and have grown to over 150K users after 21 months of operation. Ephone turns a profit through commissions and other App services such as airtime sales and other advertisement third-party services.

Speaking on this funding, Nohe Fekade, the CEO said that the funding allowed the mall team to focus on building their product and understand their users better. He also pointed disclosed their vision to build a “modern and relevant Dialer & SMS app” tailored towards the African market.