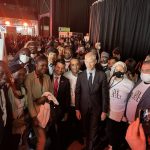 Digital Africa is working towards scaling African startups offering a high-level impact on the real economy. The redesigned structural organization is better aligned with how African innovation actors and ecosystems operate. Digital Africa will be more agile in the deployment of its activities.

President Emmanuel Macron announced a renewed  €130 million for the next three years while defining Digital Africa’s new ambitions to support technological innovation and entrepreneurship across the continent. Based in Montpellier, Digital Africa’s teams unveiled new programmes. The team announced the Fuze project fixated on francophone Africa while supporting 200 tech startups since early 2022 by launching small ticket funds in stages of €10,000 to €200,000 while taking the form of repayable loans. In skillset, Digital Africa joins with Make IT and the German government to set up  Talent4StartUps – a fellowship programme aimed at meeting the needs of talents trained in tech and digital and the beneficiaries will be put in touch with actively restarting startups.

Digital Africa will continuously develop non-financial activities in spite of the opportunity to raise funds from other private and public donors.

Stéphan-Eloise Gras, CEO of Digital Africa described how the new organization will “reinforce our commitment to ‘made in Africa’ tech innovations and become a factory for future African unicorns.”

He further pointed out the partnership with Proparco as a way of offering “support from ideation and seed to growth and hypergrowth.”

The team at Digital Africa is preparing a roadshow due at the end of the quarter to support across several regions to strengthen the connections with key players and partners in the continent’s ecosystem.

Proparco CEO Gregory Clemente pointed out how Proparco and Digital Africa will “allow for creating a continuum of investment tools” running from the “earliest stages to the most mature projects.”

Digital Africa launched in 2018 and works with African tech entrepreneurs with the capability to design and scale-up ground-breaking discoveries on the real economy. Now a €130 million initiative, Digital Africa brings together partners of all nationalities from academia, startups, incubators, venture capitalists,  institutional financiers, and technology clusters. To date over 73 million euros has been allocated to startups operating under the joint framework of joint AFD, Proparco, and Digital Africa.