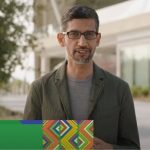 Google has invested $1 billion towards Africa’s digital transformation over the next five years. This support is targeted at revamping the continent’s digital transformation and focus on enabling internet access that is fast and affordable for the masses. In turn, helping them build helpful products while supporting entrepreneurship and small businesses. The announcement came at Google’s first-ever virtually held Google for Africa event. The disclosure of the investment was made by Google and Alphabet CEO Sundar Pichai.

Google is building a global infrastructure that will bring faster internet to more people while lowering the connectivity costs. Equiano, the subsea cabal will run through South Africa, Namibia, Nigeria, and St Helena – connecting Africa to Europe.

In further developments, Android has developed a locking device technology as part of the Android platform. Google has further partnered with Safaricom to launch one of the first “Device Financing” plans in Kenya and will expand across Africa with partners such as Airtel, Orange, MKOPA, MTN, Vodacom, Transsion Holdings, etc. The partnership will benefit several first-time smartphone users across the continent.

There's so much momentum happening across Africa, and we're excited to showcase it at our first #Google4Africa event where we announced a new $1B investment in the continent to help improve connectivity, invest in startups, and more. https://t.co/43BEBcDGTF

Over 300 million people will enter Africa’s online community over the next five years, most of whom are young, entrepreneurial, and creative with a major impetus to drive innovation and opportunity across the region. Since the first Google office opening in Africa, over 100 million Africans have gained internet access for the first time empowering millions of businesses and creators with digital tools.

In 2017, the company pledged to equip 10 million Africans with digital skills, so far 6 million have been trained. Over 80,000 developers from every country across the continent have received training in turn supporting 80 startups raising global venture capital creating thousands of jobs. In 2018, the company opened an AI research center in Accra. The team there is fixated on solving African challenges from  AI to map buildings that are hard to detect using traditional tools that added 200,000 kilometers of roads on Google Maps.

The post Google to invest in $1bn in Africa’s digital transformation appeared first on Tech In Africa.

Byzantine Catholic Patriarchate: Response to the Third Vaccination Terror in the Vatican (VIDEO)