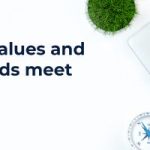 Wahed, a halal-based fintech has entered the South African market after receiving a regulatory license from the Financial Sector Conduct Authority, allowing the startup to offer some services. Wahed was launched in 2017 runs an online investment management platform across the United States that ensures its portfolio doesn’t include investments in companies such as firearms, gambling, and alcohol.

Digital Islamic investment platforms currently operate in the UK and US and have remained on an investment path in 2020. The target Muslim markets such as Nigeria, India, and Indonesia, setting its sight on the Muslim community.

The company announced that the South Africa license is an achievement that ramps up efforts to deliver investment services across the country. This fintech has nine regulatory licenses worldwide as they work on international expansion.

Wahed has attracted over 200,000 customers worldwide. Thus far they have raised over US$40 million in funding since 2015 and holds Malaysia’s first Islamic Robo Advisory license. Wahed CEO Junaid Wahedna said they were looking forward to its impact in South Africa. Wahed combines “simple, accessible and halal products.”