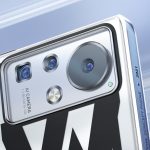 The newly launched Infinix Note 10 Pro is wired with the 33W fast USB-C wired charging, so it seems that the Chinese-based company is focusing on the charging feature along with other products such as headphones, earphones, TVs, and laptops.

It is not clear yet whether the feature will be slated for laptop or smartphone release, but according to Techweez, it is likely to be integrated into the Zero X series smartphone.

Telkom Provides T-Kash For Kenyans to Pay for eCitizen Services

MTN Subscribers Are Available to Make Payments Via WhatsApp