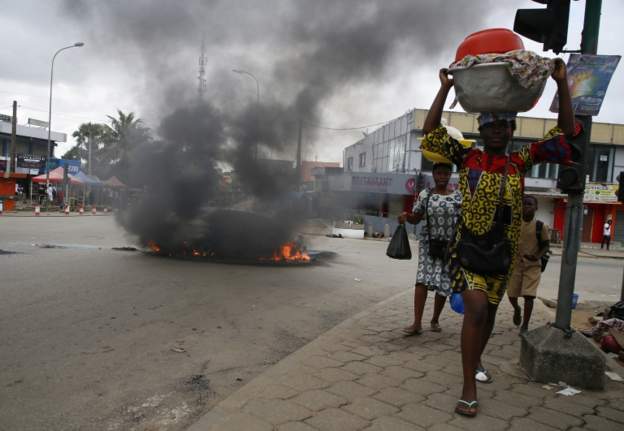 
At least 12 people are reported dead in clashes between the police and police officers in Ivory Coast over the recently conducted disputed elections.

The three were killed in the central-eastern town of M’Batto between Monday and Tuesday when violence erupted over Alassane Ouattara’s third term bid.

A police spokesperson said calm has been restored in some areas with the deployment of more police officers to patrol.

Ouattara secured the October 31 election by more than 94 percent but opposition leaders have rejected the vote, accusing him of breaching the two-term limit for the presidency

The Economic Community of West African States (ECOWAS) has offered “warm congratulations” to Ouattara, asking him to bring Ivorians together after the unrest.

ECOWAS has also urged chief rival Henri Konan Bedie to drop the protests and hold talks to defuse the crisis.

There has been no official response from the main opposition party Democratic Party of Ivory Coast or its chief Bedie, an 86-year-old former president.

Several injured in clashes between party supporters in Ghana