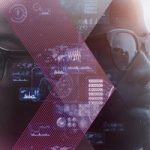 BCX has unveiled a panel of judges for this year’s BCX Digital Innovation Awards. The programme is currently in its third year, BCX Digital Innovation Awards recognizes and honors companies, SMEs, and Enterprises in South Africa that are innovating and changing the course of their industries in society. Entry calls have been extended to 30 September and the judging panel comprises innovation pioneers such as;

Ntloko-Petersen revealed that the panel of judges are well-accomplished individuals in their own fields and true advocates of innovations in South Africa. Irene Ocham pointed out their role as judges at the BCX  Digital Innovation Awards being to identify businesses that can “navigate these uncharted waters.”

Organizations that believe they have what it takes to fall into two categories: Small and Medium South Africa Enterprises and Large South African Enterprise.  Winners at the 2021 BCX Digital Innovation Awards will be announced in November at the Sunday Times Top 100 Companies Awards.

Meet our first judge:
Irene Ochem is the founder and chief executive officer of Africa Women Innovation and Entrepreneurship Forum (AWIEF).
The #BCXDIA deadline has been extended from 31 August 2021 to 30 September 2021 – https://t.co/XWI54UNZvI pic.twitter.com/MfGac8SdAH

The post Judges announced for the 2021 BCX Digital Innovation Awards appeared first on Tech In Africa.