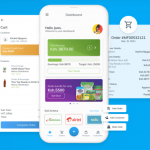 MarketForce has announced the acquisition of Digiduka for an undisclosed sum. The acquisition means the entire Digiduka team joins MarketForce in a move that sees Lovell Larbie and Roy Njoka, the two co-founders join the company as the VP of Engineering and VP of Partnerships & Digital Financial Services respectively. As a retail-tech, MarketForce is working towards empowering retailers by offering fintech services on its platform i.e insurance and banking.

In the press release shared on its blog, Tesh Mbaabu (MarketForce CEO) described the development as “ two solid teams coming together.” MarketForce is an end-to-end retail distribution platform targeting Africa consumer brands. Antler-backed Digiduka, is looking to bring informal African retailers into the digital economy. MarketForce’s B2B marketplace RejaReja has barely exceeded a year of operations yet directly serves over 12,000 informal retailers across Kenya delivering over 75,000 orders – an indication of steady growth.

Digiduka was part of the inaugural cohort emerging from the Antler East Africa program. Founded in 2019, it helps informal retailers earn extra income by reselling digital services such as bill payments, and electricity tokens. In its first year of launch, Digiduka acquired over 6,800 merchants. 2021 will see the platform exceed $5 million in revenue and triple its user base.

Roy Njoka (Digiduka CEO) termed the new partnership as a way of digitizing the informal retail transactions while extending working capital. She also identified MarketForce’s strength in risk mitigation based on “reliable data on re-stocking patterns at the retail level.”