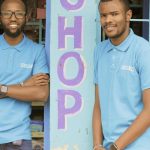 Kenyan B2B retail distribution startup MarketForce, fixated on consumer goods and digital financial services across the continent, just announced a $2 million pre-Series A. With the new raise, MarketForce has its eyes set on the Nigerian market and scales its RejaReja offering to more towns across East Africa.

With over 100 million MSMEs across Subsaharan Africa and retail projections set to hit $2.1 trillion by 2025, MarketForce is looking to digitize a significant portion of these offline transactions.

Tesh Mbaabu, MarketForce CEO and Co-founder shared that the “combination of our technology with the offline distribution network that we are building is essential to creating maximum output and impact in African retail distribution.”

Tobi Oke, Managing Partner at V8 expressed delight in backing MarketForce pointing to their “ability to build a differentiated, powerful and all-inclusive digital commerce platform for informal retailers in Africa.”

Zachariah George, a Managing Partner at Launch Africa attributed their involvement in the new round to the company’s “Their organic as well as acquisition-driven growth & expansion strategy thus far has proven that their understanding of unit economics and marginal customer acquisition costs is solid.”

This raises their total funding to  $2.5 million to date. The fresh funding round was courtesy of V8 Capital, Future Africa, Launch Africa, Greenhouse Capital, Rebel Fund, Remapped Ventures, and several other strategic investors. The new investments add onto the contributions by existing investors Y Combinator and P1 Ventures, who also contributed.

The post MarketForce to scale offering after raising $2M for B2B retail marketplace RejaReja appeared first on Tech In Africa.