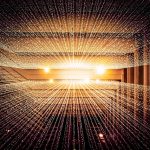 Nigeria, Africa’s largest economy has launched the new digital eNaira digital currency. The country looks to tap into the growing popularity of virtual money and other cryptocurrencies.

Nigeria joins Asian economic powerhouse China which has also rolled out its own digital currency version. Several other countries across the globe are experimenting with the nationwide introduction of similar electronic tender. The launch was led by Nigerian president Buhari during launch.

Nigeria has realized a booming interest in cryptocurrencies as people lose confidence in the weak naira. The high living costs and rampant unemployment only aggravate the issue. Central-banked digital currencies provide virtual money through the CBDCs which are legal tender regulated by central banks.

Only five countries have launched CBDCs with another 14 such as South Korea and Sweden in the pilot phase. Ghana is one of the West African players looking to launch its own CBDC.