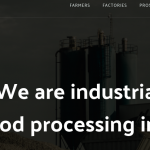 Releaf a Nigerian agritech startup has secured $4.2 million in funding which comprises a $2.7 million seed funding round and an additional  $1.5 million in grants. The round was led by Samurai Incubate Africa, Future Africa, and the Consonance Investment Managers. Other angel investors that took part are Stephen Pagliuca the Chairman of Bain Capital, and Justin Kan of Twitch. The grants came from CFYE (The Challenge Fund for Youth Employment) and USAID (the United States Agency for International Development). This seed funding round will help Releaf scale its offering by developing new technologies as well as providing working capital to those farmers through the $1.5 million grant used in improving the production rate.

Releaf was founded in 2017 by Uzoma Ayogu and Ikenna Nzewi. The startup is working to adopt new technologies that improve the sale of top quality raw agricultural produce boosting the supply chain between food factories and small farmers.

At present, the company has onboarded over 2000 smallholder farmers and deployed digital technologies such as USSD and open banking has supplied over 10 million kilograms of high quality palm kernel nuts.

Releaf landed a $180,000 grant on its participation at the 2017 Y-combinator cohort. The company later raised $1.3 million in angel investment from Eudaimonia Capital. This raised the total amount of funding to $5.68 million.

We want to thank our investors – Samurai Incubate Africa, @anafricanfuture @Consonanceinv and everyone else + our benefactor @CFYEmployment and @USAID, and everyone that has supported our mission to make farmers and food factories in Africa more efficient and profitable.