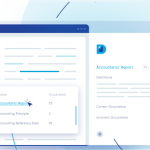 Definely a London-based legaltech operating in Nigeria has raised $3 million in pre-seed funding. The startup employs Artificial Intelligence (AI) to simplify drafting, reading, and understanding contracts. The round was jointly led by Microsoft’s venture fund, M12, and CRE Venture Capital. This investment round will go into speeding product development, expanding world-class teams, and drive further expansion into markets beyond the United Kingdom.

Technext.ng reports a 500% Year-on-Year growth in its user base. The company has onboarded leading clients such as top law firms Allen & Overy and Dentons, faced to grapple with laborious legal documents. Definely shortcuts the current processes by enabling lawyers to access and edit vital information much easily.

The legaltech startup was launched in 2017 by Nnamdi Emelifeonwu (CEO) and Feargus MacDaeid – two former solicitors at Magic Circle. Sky News reports that MacDaeid is blind and had intended the services to target the visually impaired until realizing it could be attractive to the wider legal profession.

Definely has garnered traction over the years, earning recognition as one of the most exciting early-stage scaleups across the UK in the  2021 Tech Nation Rising Stars competition. Definely was one of the six Nigerian-led startups picked at the inaugural batch of the Google for Startups fund targeting Europe’s black founders. They also clinched an award at the KPMG Black Entrepreneurs’ Awards clinching the ‘Most Promising Mature Business’.

Read all about our announcement here and how we'll use the funding here: https://t.co/Z4jFKpI0Tm#LegalTech #InvestmentNews #StartUps pic.twitter.com/315Nhllidz