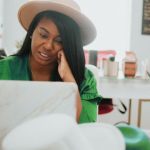 Nigeria FinTech startup Prospa is looking to serve the 40 million-plus underserved micro-enterprises across the county. It was only in March when the company qualified as one of the top ten startups in Africa participating in Y Combinator’s winter batch. Few months after graduating, Prospa raised a $3.8 million pre-seed round, a record breaking sum for pre-seed investment in Nigeria and subSaharan Africa. Only Egypt’s Telda has raised a higher amount within that category.

Prospa was founded by Kioma Ugo, Frederik Obagi, and Rodney Jackson Cole. The business pays key focus to freelancers and entrepreneurs acting as the operating system for their businesses. The platform has access to business accounts numbers and other features offered by Prospa.

Registered businesses on the platform can access account numbers and several other features Prospa provides. They are taken through the process of formalizing their businesses and in addition to providing bank accounts.

Speaking to TechCrunch, Obasi pointed out the company’s traction that covers tens of thousands of businesses while keeps growing at 35% month-on-month. He went further to reveal that small businesses have sent out over 360,000 invoices from the platform.

The platforms pricing is dependent on a business’ turnover. Those with turnover’s of below $200 wont pay any subscription fees. Busineses exceeding  ₦100,000 pay between ₦3,000  and ₦5,000  each month.