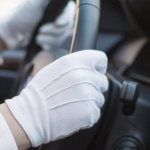 Chinese transportation giant DiDi Chuxing has launched operations in Egypt, beginning at the Alexandria governorate. The company will operate ‘Wasalny’ or ‘Wasalny +’ services in a move that rivals competitors Uber.

Didi offers transportation services across 17 countries globally, making Egypt its second African market after its earlier entry into South Africa. DiDI’s Head of Government relations in North Africa and the Middle East, Moanis Amin, confirmed the limited entry in Alexandria as part of their initial plan. The project will also involve the participation of women, with eight from Alexandria already working for the company. In the first hour of operating, the company had already made 2000 trips.

DIDI looks to remain at the forefront of the region’s smart mobility services after launching in Alexandria with competitive offers befitting both drivers and passengers alike. DiDi’s passengers celebrate the start of its Egyptian businesses with great offers while assuring its users of safe, inexpensive travel devoid of expenses while seeking to help the captains accrue greater profits and safer experiences.

Despite its formation in 2012, DiDi acquired Uber China in 2016. Felipe Contreras, the head of International Expansion Communications & PR at DiDi has revealed a plan aimed at extending services to the New Administrative Capital. Options for renting electric bikes will be available in addition to the traditional delivery cars. Contreras described Egypt as a large and promising market going further to reveals plans of offering electric cars manufactured by BYD for DiDi.