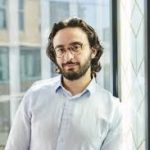 Ovex, the South African Crypto-exchange announced a strategic investment from  Alameda Research a cryptocurrency trading firm, that is known for developing FTX,  (the world’s fifth-largest crypto derivative exchange by trading volumes). Ovex did not disclose the exact sum raised.

A lot of attention has shifted to digital currencies as a potential asset class of the future. The rapid rise of bitcoin has only exacerbated the situation resulting in several reviewers likening it to gold.

Founded in 2017 and launched in January 2018, Ovex is one of the fastest-growing exchanges on the planet and has established itself as an over-the-counter (OTC) trading platform. It took 14 months to perfect their platform with a matching engine capable of processing over a million trades-per-second.

Ovex previously raised funds from Invictus Capital in March 2019. The first was from Newtown Partners, and the second with Alameda Research that manages  $100 million worth of digital assets and trades $600 million to $1.5 billion daily, spread across thousands of products.

According to ITWeb, Ovex has a  $270 million monthly trading volume and is currently valued at over 1 billion Rand. The crypto exchange will deliver prime brokerage services to institutions and other high net worth people across Africa.

Africa is now a cryptocurrency hotspot as most of its unbanked population shop for a peer-to-peer solution that gives access to the retail financial markets while empowering them to operate their businesses without experiencing financial instability. Ovex attributes most of the activity on its platform to Kenya, SA, and Nigeria.