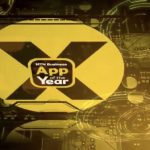 Ambani Africa was founded by Mukundi Lambani who previously emerged winner in the winner of the third cohort of the I’M IN accelerator. The edtech operates a mobile app offering an educational learning portal catering to children who can speak in South Africa’s indigenous languages. Featured within the app are games, series, and songs for children aged two to eight.

The app offers learning in Setswana, isiZulu, Tshivenda, English, isiXhosa, Sepedi, and English. Ambani Africa also offers online tutoring through conversational classes for children between the ages of six and above. Based in Johannesburg, the edtech also offers a wide range of books children can view through the apps Augmented Reality (AR).