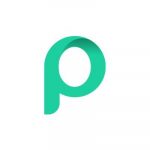 Africa fintech OPay has received a $400 million funding round led by the SoftBank Vision Fund 2  valuing the Nigerian mobile money payments provider at $2 billion. This is Softbank’s debut investment in the continent and a huge endorsement of the quality of African tech startups. The round also drew participation from Sequoia Capital China, DragonBall Capital, Source Code Capital, Redpoint China, 3W Capital, and SoftBank Ventures Asia.

OPay’s technology works towards replacing cash and other legacy-based payment while also helping local governments improve their financial and information security. The fintech unicorn was founded in 2018 and has exceeded monthly transaction volumes of $3 billion. OPay has a presence in Asia and is also looking to scale across Africa.

Bloomberg reports that Norway-headquartered Opera Ltd. had earlier sold off its 29 percent stake in OPay – recording a gain of $31.1 million. Valued at $2 billion, OPay is now part of the exclusive club of African unicorns – most of which are fintech companies.

Matayoshi Son and other top executives took a 17% stake in the $40 Billion Vision Fund 2. While several outsiders form part of the new fund, the bulk of investors are Abu Dhabi and Saudi sovereign wealth funds. Despite an initial target raise of $100 million, the company scaled back its second fund – mostly relying on internal capital. Barron’s Tech reports that SoftBank’s first fund remains highly invested in the China market, while the second fund has only 10% deployed assets Chinese exposure.