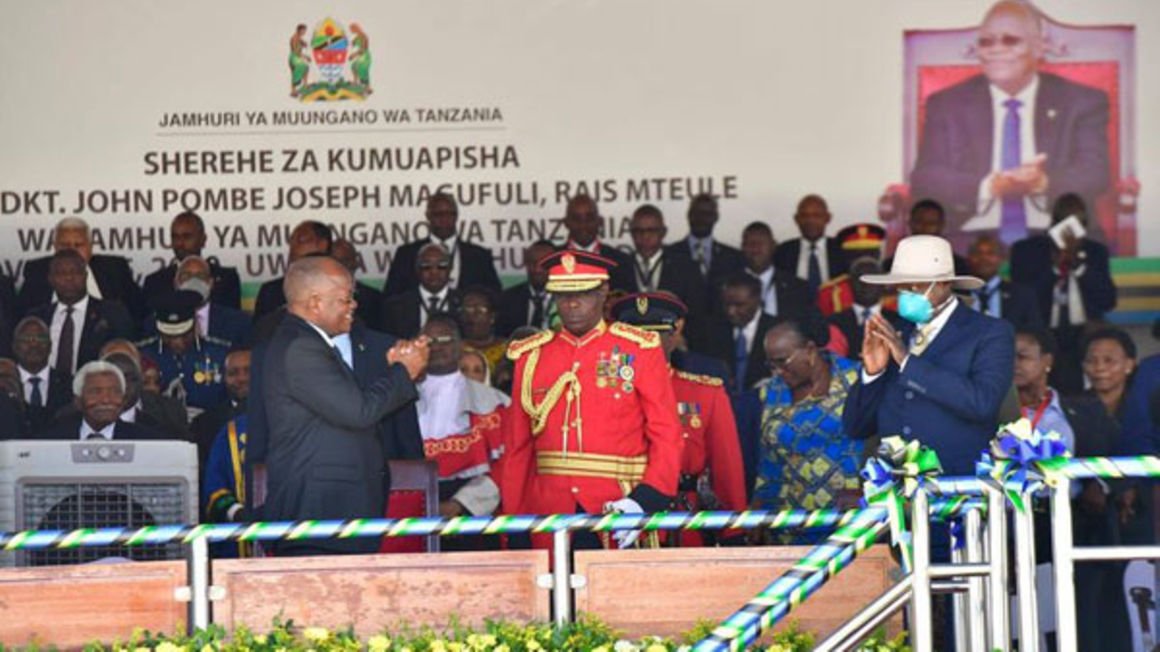 
John Magufuli was sworn in Thursday for his second term as president of Tanzania after a landslide election victory dismissed by the political opposition as a sham.

His inauguration in Dodoma, the Tanzanian capital, proceeded despite opposition demands that fresh elections be held after reporting widespread irregularities in the October 28 poll, allegations the US and others described as credible.

The president urged national unity and promised to work for all Tanzanians, after taking the oath of office and waving a ceremonial spear and shield before a crowd that included regional leaders and ambassadors.

“Elections are now over,” Magufuli said, repeating the line twice more before a packed stadium of spectators, many wearing the green and yellow of the ruling party. Outside, his address was beamed on large screens for crowds of onlookers.

Magufuli won a crushing 84 percent of votes while his Chama Cha Mapinduzi (CCM) party took 97 percent of parliament seats up for grabs.

Tanzania’s opposition parties called for mass street demonstrations against the results, but their leaders were swiftly detained and a heavy security presence deterred potential protest action.

Even before the vote, few had believed the polls would be free and fair, after what they condemned as a steady decline into autocracy under Magufuli’s rule.


The 61-year-old, nicknamed “The Bulldozer”, was in his first term accused of flouting due process and brooking no criticism in the East African country once held up as a stable democracy in an often-volatile region.

Opposition figures faced violence and police intimidation, press freedom was squeezed, and political rallies banned in a steady crackdown that international rights watchdogs said was a steady erosion of freedoms.

Most foreign media were not allowed into Tanzania to cover the election, while local and international observer missions were also not present.

The US and UK expressed concern over the arrest of political leaders and election-related violence, and called for investigations into the allegations of fraud which the opposition said included ballot box stuffing.