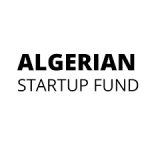 The Algerian Startup Financing Fund was officially launched at the National Conference of Startups “Algeria Disrupt 2020.” The fund has existed for a year raising $7.2 million will target the most innovative startups in the country.

On the sidelines of the event, Yacine El Mahdi Walid, Minister Delegate to the Prime Minister said that the fund will be raised in accordance with needs and requests. Walid further stated that financing for prototyping activities is expected soon.

The funding is targeted at founders yet to create startups. It will also be deployed in the form of equity investments rather than the traditional employment assistance scheme. Increased funding access to startups will allow businesses to take advantage of new financing options. The Minister shared that 624 startups roughly 63% of all requests. In addition, 6,657 people have registered on the national official startup website – 2000 applying for the label.