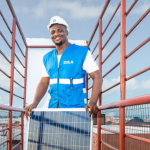 The debt is provided by top Energy Access lenders such as FMO, solar debt finance provider SunFunder, and the Dutch entrepreneurial development bank. Proceeds from the investment are used to develop next-generation software and hardware technologies focussed on reliable, affordable, and clean energy to Asia, Africa, and Latin America.

ZOLA’s lead technology is used to bring distributed clean digital energy solutions to those lacking reliable and affordable energy. ZOLA operates intelligent batteries installed in homes and businesses which are then integrated into a single energy source. These solutions are managed by Vision (a Saas software system providing customers with data, analytics, and systems control. Zola runs on intelligent batteries which are monitored and managed by Vision – the world’s first integrated, modular and intelligent platforms built purposely for the Energy Access sector.

ZOLA Electric delivers energy to 1.5 million users spread across 10 countries most of which are predominantly in Africa. In a statement, ZOLA Electric CEO Bill Lenihan said, “we are thrilled to have the backing of these leading energy operators and investors.”